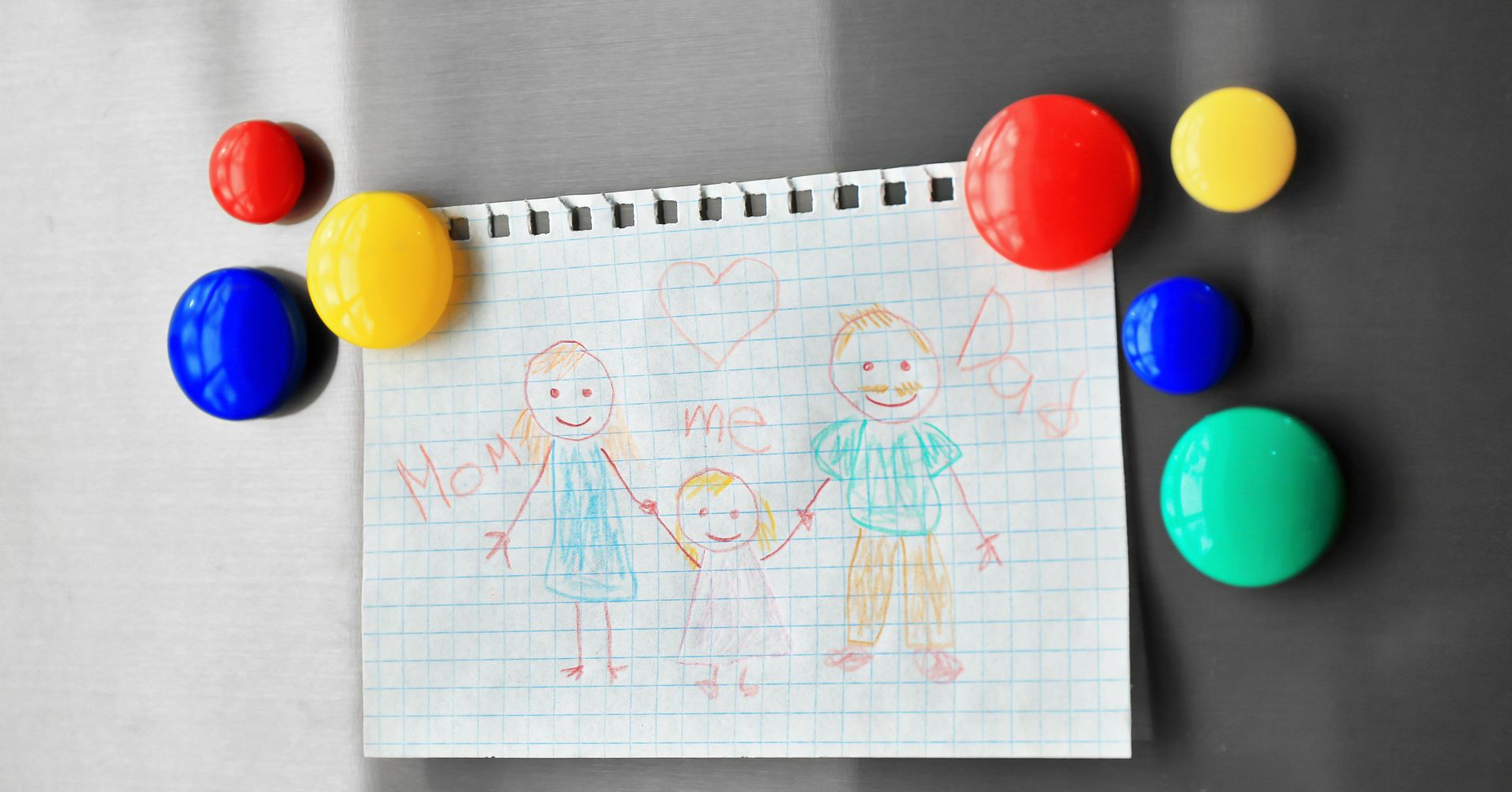 Growing up, my mother loved to tell stories of her father, a family doctor who had died while she was in high school. I heard about things like his dramatic wartime escapades, his subsequent three-pack-a-day habit, and his practice of exchanging medical services for the art of dubious quality that decorated my childhood home.

So when the youngest of my three kids was born in the year following my mother’s death, I had an idea of how to paint her picture for a child who would only know this grandmother through stories, and whose death, as early as it seemed to me, still followed the expected life cycle pattern.

This picture is easier to paint than the other one I had to tackle. This is of my older kids’ father, who died suddenly when they were 3 and 6.

Today, it is my youngest who is 3, and it is clear that we need to be having conversations about the blended family she was born into. There are plenty of reasons for this. For one thing, I have to be prepared to answer some pretty basic questions she might have. These are questions about how we are related to one whole side of our tight-knit family. Or about the reason her father is Daddy to her but Brian to her siblings. Or why the big kids are in our wedding picture, but she is not. Or how it is that between the five of us, we hold three different last names.

The last thing I want is for my daughter to find herself the only person in the room not privy to some piece of crucial information.

For another, the last thing I want is for my daughter to find herself the only person in the room not privy to some piece of crucial information. Or to grow up like some tragic hero in a gothic novel where family secrets are revealed in such a manner that the protagonist’s entire life is upended.

It’s not that secrets or silence are my style. After my late partner’s death, I diligently followed the guidelines provided by various experts. These included things like making sure the kids knew it was OK to talk about their dad, and keeping in mind that children were more likely to be upset by parental fear (Where are we going to live? How will I support us alone?) than they were by parental sadness. So I cried in front of them and fretted about our future to others. I also made photo albums and memory boxes, and found them a therapist who specialized in grief.

Plus, I tried to take that therapist’s advice about how to soothe their newfound worries. “Don’t promise them that you will never die,” he cautioned. “It’s not a promise you can be certain to keep and if something happens to you, realizing you lied will make them feel even more unsafe.”

As a result, I never did give those assurances. Instead, when they would bring up the inevitable question of my mortality, I would say things like, “My plan is to live to be an old, old lady,” and then list the countless people we knew who would always take care of them if something that was no longer unthinkable happened again.

Even though I know better, these days, it is tempting to go off-script when I am explaining our family construction to my toddler.

But even though I know better, these days, it is tempting to go off-script when I am explaining our family construction to my toddler. I’ve got the beginning of that explanation down. I tell her, “Before you were born, the big kids had a different daddy. His name was Joe. He died and we were very sad. Then later I met your daddy, and we had you, and now we are all a family together.”

Yet after each conversation I want to add, “Don’t worry, though, your daddy will never die, and neither will I!” It seems like such a needed reassurance after having dropped this big reality check ― that parents can die! ― in her lap.

Nevertheless, if that part of the conversation is hard, it is at least a part for which I feel like there is a script. The place where I feel most unmoored, however, is in trying to make sense of the impossible paradox of the death that allowed our current family to be.

That’s something I have been trying to figure out since I got pregnant this last time. I remember sitting in bed with the big kids and musing about their little sister’s arrival. What would we name her? Would she be bald or have lots of hair? Where would she sleep? That kind of thing. But in the middle of all our daydreaming, my then-8-year-old changed tack. “If Daddy didn’t die, we wouldn’t have Brian and the new baby.”

I didn’t have a way to reconcile that then, and now that that very baby is no longer an idea, but a very present little human, I still don’t.

I do know that we sometimes have to accept that life is paradoxical and nonsensical and scary. There are plenty of unknowns and unanswerables. When I accept that, and don’t get as hung up on the what if’s, I am better able to focus on ensuring that all three of my children feel safe and loved in the family that we have; that the older ones know that they don’t have to pretend that their before life didn’t exist; and that my youngest knows that there is nothing about that life that is off-limits to her simply because she came after. But that is my logical self thinking, and I don’t feel logical all the time.

Sometimes I still feel unmoored and like the only thing that will ground us is if I sweep all the kids up in my arms, and make them promises I can’t be certain to keep.

Do you have a personal story you’d like to see published on HuffPost? Find out what we’re looking for here and send us a pitch!