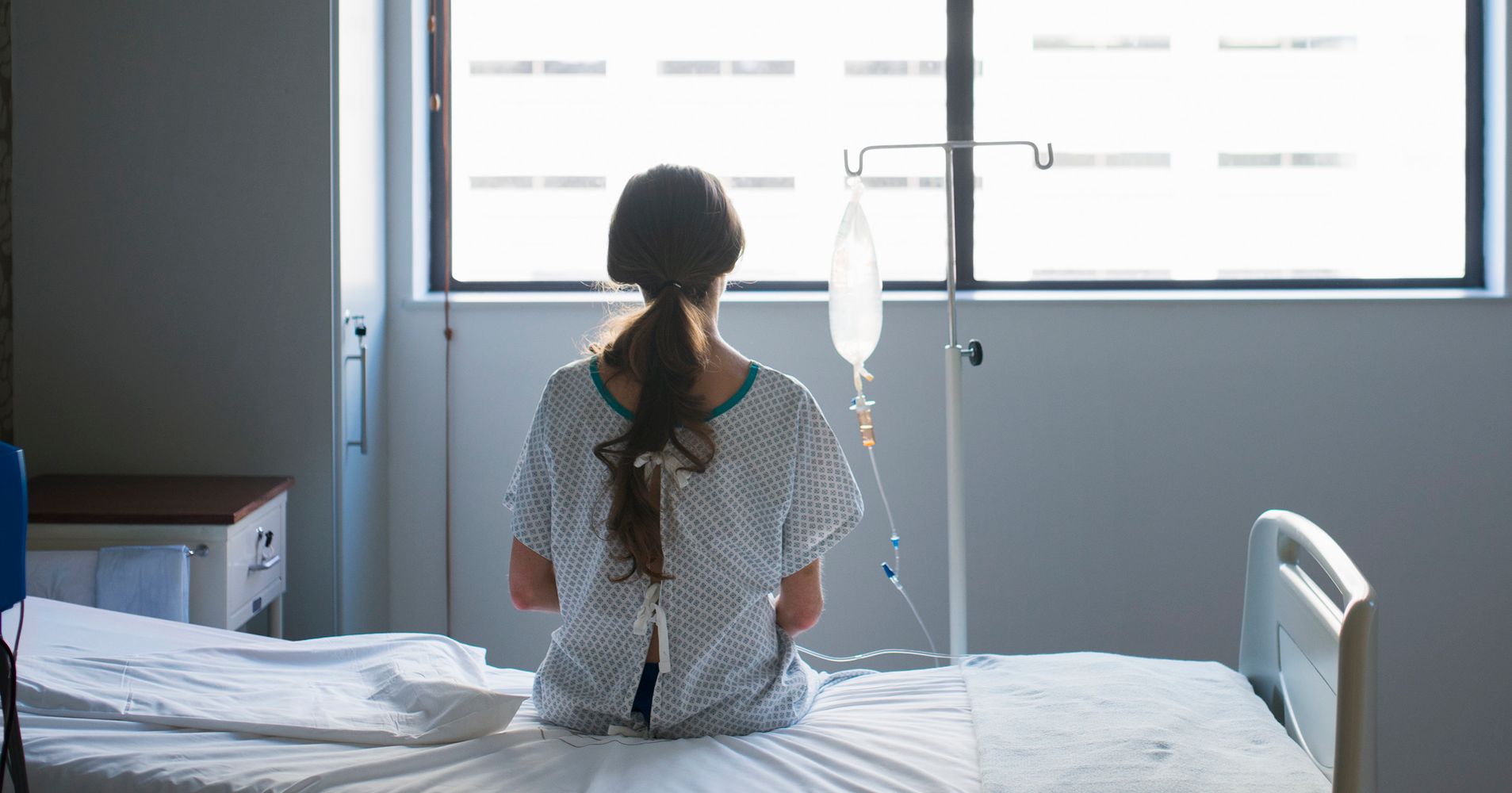 From almost the minute she found out she was pregnant, Amanda, 32, bled daily. Her OB-GYN tracked her closely, and for a while things seemed to be progressing. Then at 9 1/2 weeks, an ultrasound revealed there was no heartbeat. Amanda’s pregnancy had ended, likely about two weeks before.

Amanda had experienced what is sometimes called a “missed” or “silent” miscarriage, where the pregnancy has ended but the woman’s body continues to act as though she is pregnant. Her OB-GYN recommended she consider a dilation and curettage (D&C) procedure to open her cervix and remove the tissue.

Amanda had spent almost 10 weeks agonizing over whether her baby was OK; she could not stand the thought of waiting around for her body to expel the fetal tissue. She agreed, and had a D&C the next day.

A few weeks later, Amanda received a bill for the anesthesia, surgery and operating room. Amanda — who works in insurance herself — has coverage, and all of her providers were in-network. But she still had to pay roughly $2,000 out of pocket.

“We had the means to pay for it, but that sucked, writing that check,” said Amanda.

“I don’t know how I would have handled it at that visit where we found out we lost the baby, but it would have been nice to maybe even have some material to go home with that said, ‘FYI, there is going to be a cost. Please understand that D&C is, sometimes, as expensive as delivering a baby.’ Just … something,” said Amanda. “There was nothing, nothing, nothing.”

Anywhere between 10 and 25 percent of known pregnancies end in miscarriage, most in the first trimester. If a woman doesn’t pass the tissue on her own, she can watch and wait, use medication like misoprostol and mifepristone, or opt for a surgical D&C. Often that choice is determined by medical need, but in other cases it comes down to a woman’s own preference about what feels right to her in the midst of heartbreak.

Cost should be a part of those discussions, because unless a woman lets nature take its course, she is likely to spend some money. Medication prices vary, but misoprostol and mifepristone are usually hundreds of dollars, or $1,000 at most.

But it is not easy to determine what it will cost a woman to manage her miscarriage surgically — because no one really knows.

And many women say the first time they hear about the costs associated with having a miscarriage are when they open their first bill post-procedure.

“The cost for a D&C procedure is highly variable. Cost depends on the location of the procedure — whether in the operating room or the office ― the level of anesthesia, whether the patient is asleep, sedated or awake, and other medical and pregnancy-related factors unique to each patient,” said Dr. Sarah Horvath, a family planning fellow with the American College of Obstetricians and Gynecologists (ACOG).

Variable, indeed. ACOG does not track costs, nor does the American Hospital Association. Healthcare Bluebook, a consumer site that estimates the costs of medical services based on national payment data, says a D&C typically runs anywhere from $1,500 to more than $6,000.

“Additionally, each insurance company and plan will have a host of complexities. Different copays, deductibles and coverage for ancillary costs will affect what a patient actually ends up being asked to pay,” Horvath said.

Even patients who are prepared ahead of time sometimes end up paying large bills. Sarah, who got a D&C in 2011, was surprised to be charged $700 for an out-of-network anesthesiologist. She had been aware of the potential costs upfront, and had everything pre-approved with her insurance.

“When I called to ask about the bill, they said sometimes some doctors who work at facilities are not necessarily in-network, but that they can’t control who is the team that day on your procedure,” sad Sarah. “So I needed to pay the doctor’s fees.”

Of course people pay for medical services in the midst of heartbreaking circumstances all the time. But the women who spoke to HuffPost say they wish someone had warned them that their D&Cs might not be covered in full, or at all. This is in part, they say, because it is not easy to mourn a loss when the bills roll in every month.

Indeed women who have a choice about how to manage their miscarriage — to wait, to take medication, or to have a procedure — often opt for the latter because they want their ordeal to be over and to try and move forward. That is incredibly difficult to do if they are not at least warned they will have to pay for it after the fact.

“It is really unfortunate because miscarriage is, for many women, a really emotional time and the last thing they want to think about is the financial aspect of it,” said Dr. Alhambra Frarey, an assistant professor of clinical obstetrics and gynecology at Penn Medicine. Because she is a family-planning specialist who frequently sees women dealing with miscarriage, her practice has a patient service representative who does an intake for all patients and processes their coverage for them so they are not heading into any procedures blind to the potential cost.

“It can feel like something unfair has already happened,” she said. “A pregnancy you were feeling hopeful and positive about didn’t go the way you wanted, and now here you are having these repeated insults of having to pay for a situation you were really upset about.” Frarey believes that a lot of practices and providers do a good job preparing women for this, but many do not.

“Each check I wrote out every month was a reminder of what we had lost. For our first two children, our insurance covered all but $100,” said Lindsay, 39, who spent $9,000 out of pocket for a D&C after she miscarried at 12 weeks, even with insurance and even when her procedure was medically necessary. “That felt so unfair to be punished for having a pregnancy that failed.”

She and her husband cut costs in every area of their life to pay off the bills as fast as they could, because it was the only way Lindsay and her husband felt they could begin to move on and try and heal from losing a pregnancy they’d wanted so much. The bills also referred to the miscarriage as a “spontaneous abortion,” which took Lindsay aback.

“When you get that bill, it’s coded as ‘spontaneous abortion,’” echoed Jennie, 33, who has had three pregnancy losses. “I’m not talking at all about what your feelings on abortion are. If this is a baby you loved and wanted very much, and then you get a surprise bill with the word ‘abortion’ on it ― that bothered me more than getting a bill almost.”

As pregnancies go longer, the costs go up. Kristen, 31, has two children and has had five miscarriages, the most expensive of which was last May. At a routine ultrasound at 18 weeks, her doctor found no heartbeat. As Kristen screamed and cried, her doctor explained the baby — who she later found out was a boy, and whom she named Amos — had likely died about two or three weeks prior, and needed to be removed soon to prevent her from developing sepsis.

At that point in her pregnancy, Kristen required a dilation and evacuation procedure or D&E, which is more common for women in their second trimester. Kristen had a horrible reaction to the anesthesia. When she was wheeled into the OR, she “freaked out.”

Then came the bills. The procedure and related appointments cost $24,000, of which Kristen and her husband had to pay roughly $4,000 out of pocket.

Despite the emotional pain of that loss and of her other miscarriages, Kristen and her husband still hope to have another baby. For now, however, she is being held back by the fact that she can’t until she has paid for Amos’ death.

“The cost is absolutely a factor,” Kristen said. “We can’t really afford to move forward until we pay off our bills.”