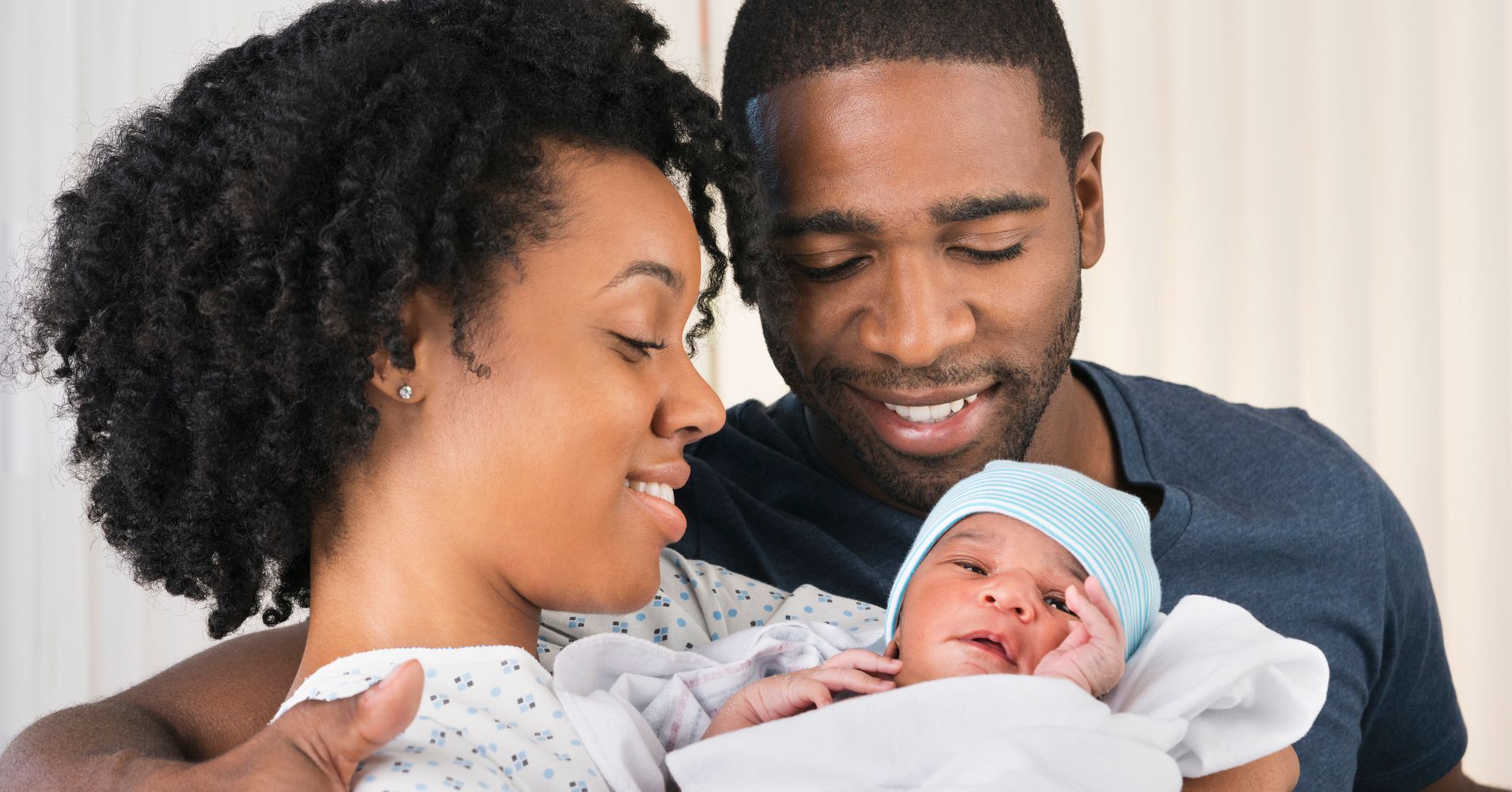 There are many factors to consider when choosing a first name for your baby. These days, parents are putting just as much thought into the middle name choice as well.

“Gone are the days when picking a middle name was a simple matter of choosing one of the common single-syllable connectives like Ann or Lynn or Lee,” Nameberry co-founder Linda Rosenkrantz told HuffPost. “For the current generation of baby namers, the middle name decision carries almost as much weight as the first: What’s wanted now is a name with real meaning and significance, which offers a welcome challenge.”

Parents can take many different approaches to their children’s middle names ― from adventurous picks to ones with personal significance.

We spoke to baby name experts to find out what considerations they like to bring up with expectant parents.

Without further ado, here are 10 questions you may want to ask yourself when choosing a middle name for your baby:

1. Does my child need a middle name?

“A middle name is not legally necessary. Most of us probably know someone without one,” said Sherri Suzanne, a baby name consultant who founded My Name for Life. “Parents who struggle to find one name needn’t feel pressured to come up with two.”

Still, Suzanne noted that nearly 100% of her clients give their children middle names, which she believes is mainly due to tradition. Another reason is that parents want to help distinguish their kids from others with the same first name.

“It is especially important if our first and last names are common. Names in the middle position are great places to ‘personalize’ a child’s name, by giving a name that represents a person or idea important to parents,” Suzanne explained.

The consultant added that middle names can be “safety nets” or backup options in the event that a child grows to dislike their first name. They can also play a conflict resolution role. “When disagreements arise between parents on baby names, a compromise middle name can help keep the peace,” said Suzanne.

2. Should I honor someone close to me?

Middle names offer the opportunity to recognize a particular individual who influenced the parents.

“This could be an ancestor, a living relative, a historical or cultural hero like Bronte or Bowie ― or they might follow the time-honored tradition of using the mom’s maiden name or another family surname,” said Rosenkrantz.

“Names in the middle position are great places to ‘personalize’ a child’s name, by giving a name that represents a person or idea important to parents.”

According to Suzanne, many parents also use middle names as an way to honor an inspirational person, like a friend, teacher or religious leader. They may also use their own names, or variations of them, as their children’s middle names instead of the traditional “Jr.” option.

“The middle position is especially desirable if the honoree’s name is not your style. Go ahead and pick a name you love for your child’s first name and use the middle position for the honoree’s name,” said Suzanne. “Be creative by using a variation of the person’s name or select a name that reflects their talent or gift. A client recently considered Rosalie, Dahlia and Lule, which is Albanian for ‘flower,’ to honor an aunt renowned for her flower gardening.”

3. Do I want the name to pay homage to something special?

Middle names don’t have to honor a specific person. “A middle name is a great place for parents to commemorate an event, honor their heritage or reflect their interests,” said Suzanne.

The consultant said she’s worked with parents who’ve chosen middle names that nod to the place where they became engaged, honor an ancient culture and reflect their love of the sea or art.

“For some parents, the middle name can be the most personal part of their child’s name,” Suzanne said.

4. How popular is this middle name?

When it comes to any name choice, parents may want to ask themselves if uniqueness is important and if so, how important? Just as many parents want to avoid choosing a popular first name, lots may want to pick a less common middle name as well.

5. How adventurous should I be?

According to Rosenkrantz, many parents consider middle names an opportunity to use a more adventurous or “guilty pleasure” pick that they wouldn’t want as a first name.

“Some of the recent middle name choices used by our Nameberry readers include Io, Waterlily, Mallardee, Zinnia, Guinevere, Llewellyn and Rigel ― and that was in just one month!” she said. “Animal names are also finding their way into the middle spot, with Fox, Wolf and Bear leading the pack, as well as more extreme flower names like Anemone and Hyacinth rather than the ubiquitous Rose.”

If parents choose an unusual first name, Rosenkrantz believes it is wise to have a more conventional middle name as an option for the child to fall back on if he or she chooses.

Those who go creative with the middle name should still exercise caution, said Jennifer Moss, founder and CEO of BabyNames.com. “Realize that it’s not secret. People will find out, so don’t make it super embarrassing, like Moxie or Crimefighter,” she said.

We’ve all come across someone with multiple middle names.

“Our exposure to the British royals in the past few years has sparked a trend for double middles, which allows for honoring two people at once,” Rosenkrantz explained. “And also it gives name-lovers a chance to use more of their favorites.”

Still, Moss advised that it’s best to keep it simple. “Stick to one,” she said. “Anything beyond that is unruly on forms and legal documents.”

7. Does the classic one-syllable approach feel outdated to me?

Rose and Grace are classics, but as Rosenkrantz noted, some parents may feel that one-syllable middle names give off a “child of the ’50s” vibe. That’s no reason to steer clear of this approach, however.

“You still might want or need a name that provides a euphonic bridge between long or elaborate firsts and lasts,” said Rosenkrantz. “There are countless single-syllable choices that sound fresh and appealing, from Dot and Dove to Zen and Zev.”

8. How do the segments of the name go together?

Ideally, the middle name will create a harmonious set with the first and last names, said Suzanne.

She recommends that parents start by trying to form a pleasing rhythm, which tends to involve name sets with uneven lengths, non-repeating sounds, different numbers of syllables and varying stresses ― like Evan James McAllister or Chloe Elizabeth Raines.

“Names that repeat attributes or have symmetrical rhythm, like Ellis Miller Rollins, have a certain appeal as well,” said Suzanne. “But watch out for names that share too many of the same qualities: Lena Marina Messina creates a rhyme, while Cora Clara Winston sounds like two first names.”

“Designing a name is like designing a room. There are lots of rules for matching colors and patterns, but ultimately it just needs to work for you.”

Rosenkrantz said parents should ask if themselves how they feel about alliteration and consider flow as well. “Avoid names that run into each other,” she advised. “When the first name ends in a vowel, and the middle name also starts in one ― as in Amelia Emma Andrews ― it sounds like one long run-on name.”

Saying the full name options out loud can help parents determine if they find them easy and pleasing to say and hear.

“Designing a name is like designing a room. There are lots of rules for matching colors and patterns, but ultimately it just needs to work for you,” said Suzanne.

9. Do the initials work?

“Make sure the initials don’t spell out anything embarrassing!” Moss cautioned. Initials that spell words don’t necessarily have to be deal breakers, as there are many innocent options, but sets that spell words like “A.S.S.” should give parents pause.

“Nowadays, initial sets follow us around ― not just on towels and briefcases but in common email naming conventions,” Suzanne explained. “Preston Elliott Edwards may have to carry a gym bag initialed ‘P.E.E.,’ and you’ll have to email Samantha Eve Xavier at ‘sex@email.com.’”

Many parents choose a middle name for their child with the intention of using it as his or her first name in everyday life. This is often to distinguish the child from another relative with the same name, especially if the child is a “junior.”

Suzanne recalled one of her clients who felt pressure to follow a four-generation tradition in her husband’s family of naming the first son after a particularly admired ancestor. She wasn’t a big fan of the old-fashioned first name, but she agreed to follow the tradition on the condition that they would call their son by his middle name.