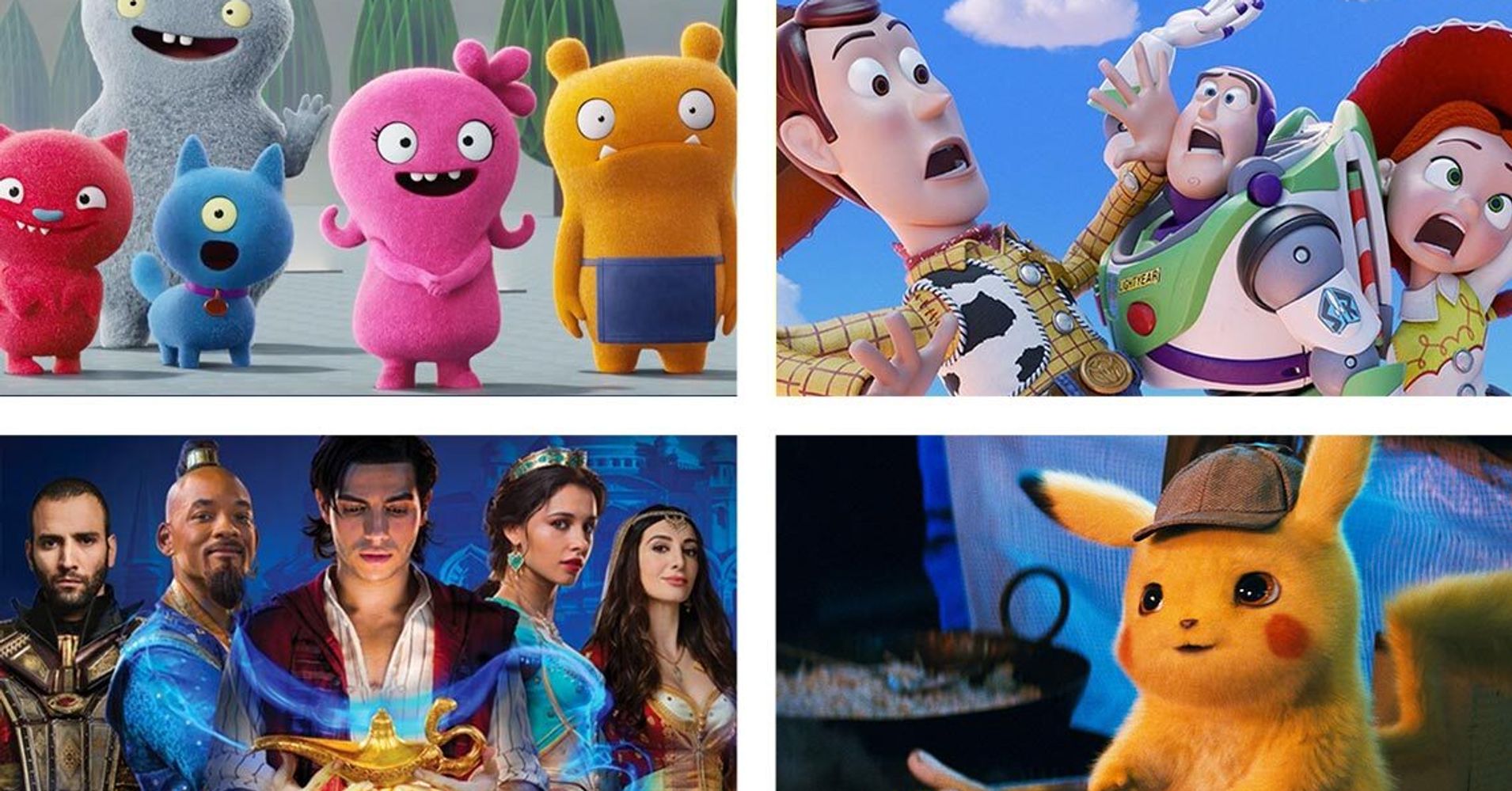 There’s nothing like heading to the movie theater to cool off on a hot day. But this summer’s new movies are so hotly anticipated that you won’t even need an excuse to check them out. Both kids and parents have been waiting for these big summer blockbusters for what feels like forever, and it looks like they’ll be worth the wait.

This summer, kids’ toys will be front and center on the big screen thanks to movies like UglyDolls, Pokémon Detective Pikachu and Toy Story 4. There will also be plenty of international intrigue as kid favorites like Men in Black, Spider-Man and even Dora the Explorer crisscross the globe. And few things are building more excitement for kids (and kids at heart) as the long-awaited Disney remakes of The Lion King and Aladdin.

Use this guide to stay on top of all the family-friendly movies coming out this summer. And be sure to check back soon for our full reviews. For last year’s recommendations, check out Common Sense Media’s Kids’ Summer Movie Guide 2018.

What’s the buzz? This animated musical adventure based on the popular line of plush toys has a great cast that includes Kelly Clarkson, Nick Jonas and Janelle Monáe. Expect some slapstick humor, peril and rude language but also positive messages about acceptance and individuality. It’s also very likely to make kids want to buy the toys (or the soundtrack).

The Biggest Little Farm (May 10)

What’s the buzz? Watch a couple attempt to turn a dry patch of land into a diverse, sustainable farm in this documentary. Though there’s sure to be some salty language and vivid depictions of farm life — including the birth and death of animals — this will likely be a family-friendly look at the joys and struggles that come with working in nature.

What’s the buzz? Based on a kid-friendly Nintendo game, this movie about a wisecracking wannabe gumshoe Pikachu (voiced by Ryan Reynolds) will likely be edgier than its source material and the previously released Pokémon movies and series. With some rude humor, action sequences and possibly swearing and violence, it could be too intense for younger kids.

What’s the buzz? Overall, this historical biopic based on the early life of J.R.R. Tolkien looks appropriate for older kids, especially fans of Middle Earth. But expect some realistic scenes of war, imagined fantasy elements like dragons and monsters and romance.

What’s the buzz? This sequel to 2017′s A Dog’s Purpose continues the story of Bailey (voiced by Josh Gad), a dog who’s lived many lives. The first movie had some swearing, some innuendo and plenty of emotional moments, especially around the death of a pet (even though the dog is always reincarnated), so you can expect the same in this follow-up.

What’s the buzz? The much-anticipated remake of Disney’s magical animated classic revisits all the popular songs and characters, but now Will Smith takes on the iconic Genie role made famous by Robin Williams. Only time will tell if it’s a “whole new world” or a fitting tribute to the original. That said, the live-action elements could make the reboot scarier/more intense than the original.

What’s the buzz? This sequel to the 2016 animated comedy about what pets do when their humans aren’t home boasts a hilarious voice cast, including Patton Oswalt, Eric Stonestreet, Tiffany Haddish and Kevin Hart. The first film had plenty of positive messages about family and friendship but also some scary moments and rude humor, so expect the same here.

What’s the buzz? The popular sci-fi/comedy franchise about the secret organization keeping Earth safe from aliens is getting a refresh in the form of two new agents played by Tessa Thompson and Chris Hemsworth — not to mention a brand-new international setting. But the creepy creatures, sci-fi violence, sexual references and strong language will likely remain the same.

What’s the buzz? Almost a decade after Toy Story 3, Pixar’s beloved series gets a new installment in the adventures of Woody (Tom Hanks) and Buzz Lightyear (Tim Allen). The first three Toy Story films featured some rude language, intense elements and emotional moments but are ultimately fantastic picks for kids and families. This road trip sequel will likely continue the streak.

What’s the buzz? Prepare to be inspired by this documentary about the first-ever all-female crew to enter an around-the-world yacht race. In 1989, 24-year-old Tracy Edwards defied the odds and proved just how successful female sailors could be. This true story looks like it will be fine for older audiences, but expect some swearing, smoking and perilous situations.

What’s the buzz? Peter Parker (Tom Holland) swings his way to Europe in this sequel to Spider-Man: Homecoming. The Marvel Universe can be violent and action-packed, with some swearing and romance thrown in, but the superhero adventures are usually fine for tweens and teens. Plus, this will be one to look forward to as Avengers: Endgame fever winds down.

What’s the buzz? Ignore the debate over whether it’s live-action or animated and just get pumped for this reboot of the 1994 Disney classic. The original is beloved for its memorable songs and great stories, but the more-realistic nature of this version could heighten the scariness. Still, with a star-studded voice cast of primarily African American actors — including Donald Glover, Beyoncé and Chiwetel Ejiofor — this isn’t one to miss.

Dora and the Lost City of Gold (July 31)

What’s the buzz? Unlike the preschool-friendly show this movie is based on, this take on Dora the Explorer looks more like Indiana Jones than Nick Jr. Aimed at older kids who are ready for more action, slapstick and peril, this looks like an exciting family movie for kids who’ve outgrown the original series.

What’s the buzz? A new adversary threatens the flightless birds and green pigs in this sequel to the 2016 animated comedy based on the wildly popular mobile game. The talented voice cast returns, including Jason Sudeikis, Danny McBride, and Bill Hader. But — like the first movie — this follow-up will likely feature crude laughs, cartoon violence, and potty humor.