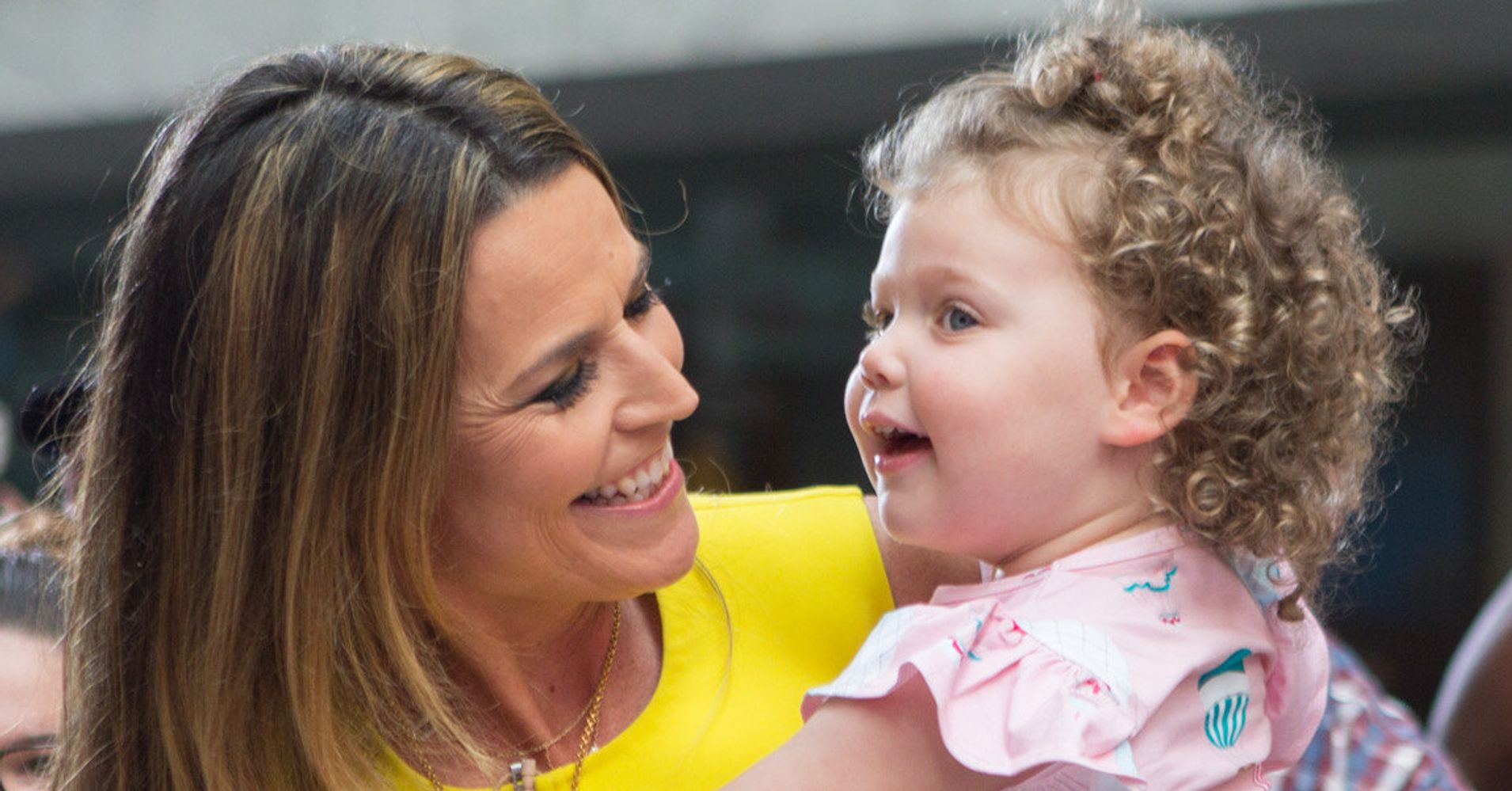 Savannah Guthrie knows exactly how to sum up life as a mom.

The “Today” show co-anchor and her husband, Mike Feldman, are parents to 4-year-old Vale and 2-year-old Charley. Guthrie has repeatedly shared sweet sentiments and funny takes about raising her daughter and son. For her 47th birthday on Thursday, we’re highlighting some of our favorites.

On Being A New Parent

“I was shocked when we went home with [my first child]. I’m like, ‘You’re just going to let us take her home?’ Was there any kind of manual?”

On The ‘Messiness’ Of Motherhood

“That’s the goal. You want to create this oasis. But that doesn’t mean it’s going to be a perfect June and Ward Cleaver home. And I think we have to accept the messiness, too.”

On Her Idea Of ‘Balance’ While Parenting

“I’m not anti-carbs. I just try to do my carbs early in the day, so by the end of the day, I try to be carb-free. And then on Friday and Saturday nights, I eat and drink anything I want. I don’t think you can do this job or parenthood without caffeine, a little wine and dessert.”

On ‘Meeting’ Her Daughter

“You were born, and we both cried. You, because you had suddenly and bravely plunged into a bright, strange world. Me, because in one instant all my hopes and joys and desires were unlocked and unleashed, poured out in big wet tears, in a cry from deep within, in a sound from myself I had never before heard ― because it belongs to you and only you.”

On Adopting Realistic Rules For Traveling With Kids

“We are pretty strict about screen time at home but our basic policy for travel is ‘Pirate Rules’ — which, loosely translated, means ‘anything goes.’ We let Vale watch movies for a long time if it keeps her happy and under control. Same rule for snacks — we let them have treats they wouldn’t normally have if it keeps the peace. We are doing it for fellow passengers as much as ourselves.”

“Vale is big into Peppa Pig and has a Peppa Pig house. She also likes puzzles and blocks and has started to play with Charley. We’re constantly cleaning up their toys, but five minutes later, there are toys all over the apartment again.”

Discussing an incident in which she didn’t realize that breast milk had leaked through her clothes: “I’ve had a few mishaps with the breastfeeding, where I’m waving to someone on the street, ‘Hey!’ And then I get home and I’m like, ‘Why didn’t anyone tell me?!’”

“I try to copy pretty much everything my mom did, even though at the time, I probably didn’t appreciate it. Now I just love how no-nonsense she was. I’m like, ‘I’m gonna be an ’80s mom, like no-nonsense Nancy Guthrie.’ That’s how I’m gonna roll, too. She was right. She didn’t put up with anything.”

On The Difference Between Her First And Second Pregnancies

“With Vale, I was obsessed with those videos that compare your baby to produce. ‘This week your fetus is as big as a spaghetti squash.’ I don’t even know what a spaghetti squash looks like! Now, I don’t have time to obsess because I’m chasing a 2-year-old.”

On Her Advice For Other Moms Leaving The Hospital

“Take the [underwear] they give you at the hospital, but also get cheap, soft, big grandma underwear you can wear and then throw away. Trust me.”

On Spending Time With A Toddler

“It’s reading books, playing with their toys. We go to the park a lot. We might go to the store. When you have a toddler, every hour is six hours.”

Allow us to bring back the perfect image she shared after “Today” viewers asked whether she was pregnant.