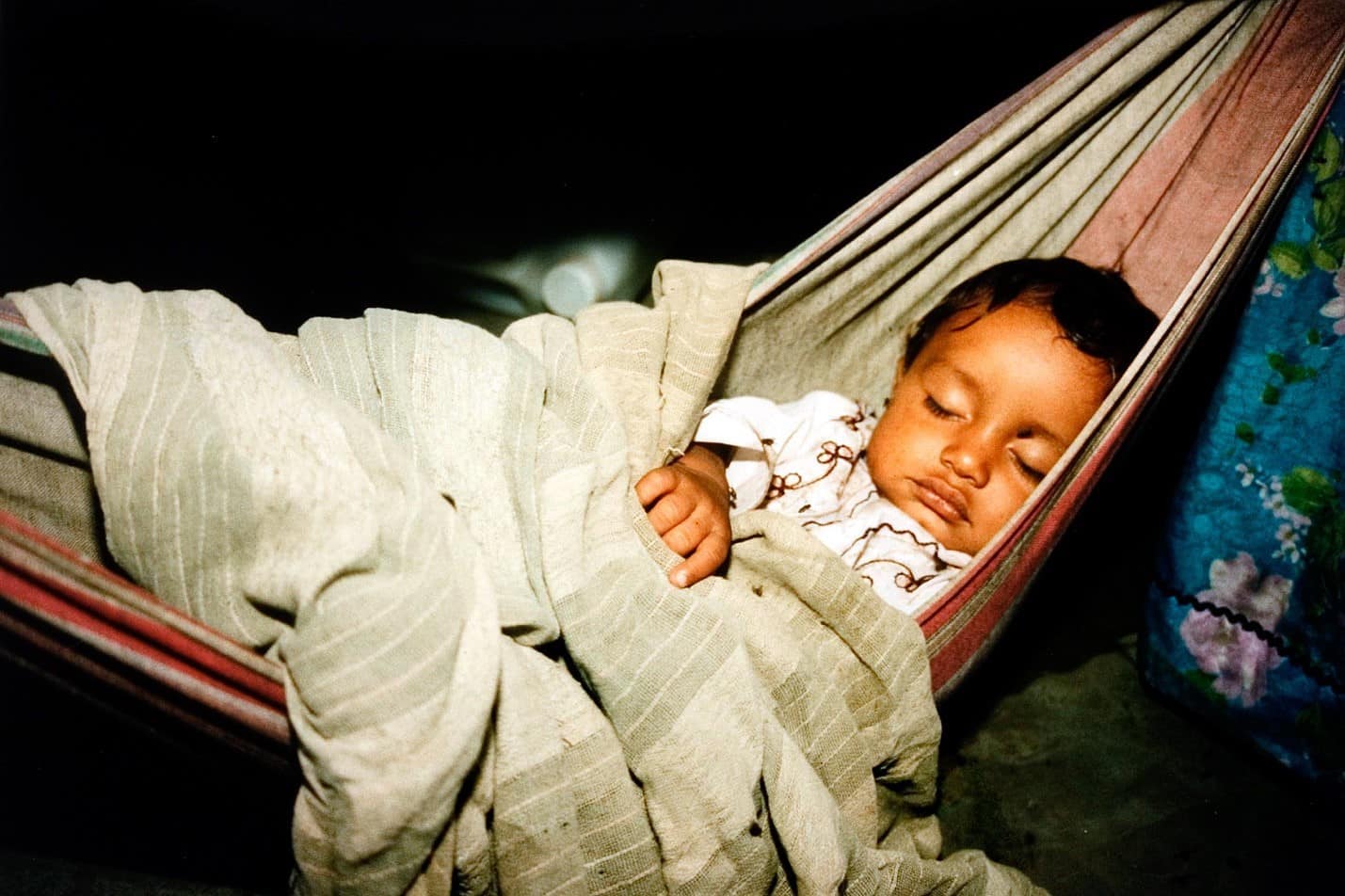 Some parents deem baby hammocks as the most comfortable alternative for their child. While their coziness is undeniable, many safety concerns have been raised over the years as to whether or not they are the right option for infants. In this article, we will discuss the suitability of baby hammocks to help you decide if this is the right purchase for your household.

Are you wondering what exactly a baby hammock is? The name says it all, as it is literally a hammock for babies. But while we, as adults, might use this type of commodity for outdoor fun, the infant variety is destined for household use only. Depending on the manufacturer, it comes in various designs and styles.

Baby hammocks are usually attached to a wooden pole so that they can hang from the door frame or ceilings. Some models use a freestanding frame as support. As a general rule, they are made using natural and breathable fabrics that cover a wool futon mattress designed to provide your baby with the comfort he or she needs to engage in a healthy slumber.

At this point, it’s important to mention that a baby hammock bears no resemblance to an adult hammock. The former is solely intended as a bed for infants under the age of two, while the latter is a purely recreational fixture that is usually handy for camping and other relaxing activities that involve spending time in nature.

Thus, products made from netting and string are unreliable and should not be considered as a sleeping alternative for your baby. Trustworthy manufacturers fabricate baby hammocks from unbleached calico. What is more, these items are tested to withstand a maximum weight of 33 nds, which is more than enough to keep an infant safe.

The main hazard concerning baby hammocks has to do with using one to cradle babies older than 9 months, or who have learned how to crawl and roll over. On the one hand, the little one could spin straight out of it, which can lead to serious injuries, and potential death. In addition to this, suffocation also becomes an issue once the infant is old enough to wiggle around.

The child can roll over on their face, but then be unable to rotate back. This means that their face remains buried within the sultry fabric of the hammock, which causes asphyxiation when it’s not promptly observed by a parent or caretaker. Furthermore, the dangers don’t end here. The infant could also move to one side or the other, and bury his or her nose into the fabric.

Such occurrences can lead to death in less than two minutes. Slow suffocation is also a possibility when your child is resting in a hammock. This happens if the mattress curves upwards due to motion. The infant’s head gets pushed into their chest, which impedes breathing and crying.

Moreover, babies that are just a few months old don’t possess the bone strength to raise their heads just yet. When their neck falls into a certain position, it usually stays like that unless otherwise supported by an adult. Thus, keeping an eye on the little one in the hammock and ceasing usage if you notice this type of event is crucial for his or her safety and well being.

One of the main safety concerns behind using a baby hammock instead of a traditional crib has to do with sudden infant death syndrome, or SIDS for short. This is common among seemingly healthy babies that are less than one year old, and it usually occurs in their sleep due to improper positions that result in them napping on their sides or bellies.

In addition to this, soft mattress-like surfaces are also a huge peril in this respect, as they can impede the natural air flow to the lungs of the little one. For this reason, baby hammocks are generally regarded as being unsafe. Nevertheless, this isn’t always the case.

According to a 2014 study, correctly used baby hammocks generally do not compromise the health or well being of the slumbering infant. However, the same research strongly advises not to use them for unsupervised naps or at night, as knowing when the infant will start rolling around in the cradle, crib, or ck is unpredictable.

Baby hammocks produced by reliable manufacturers are always up to code. However, the main safety issue is the unpredictability of a baby’s development. As they start rolling over in the cradle, choking hazards become a reality. Because there’s no way to tell when this will happen, it’s best to reserve hammocks for supervised sleepy time only.

About the Author: Thomas Valient loves to write, knows a lot about mattresses and is very concerned about baby safety during sleep. Because he had sleep problems in the past he decided to start bestmattressreport.com to help others to choose the right mattress for their needs.