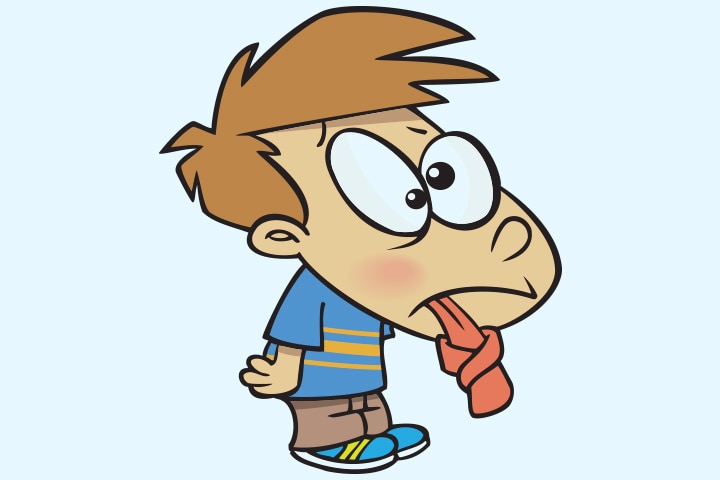 I scream, you scream, we all scream for ice cream. Try saying it thrice without fumbling. Easy? No, right? Tongue twisters are fun and difficult phrases consisting of similar sounds or words, which are quite redundant or repetitive in style.

Whether you give them to children as a challenge or try them during their leisure, short tongue twisters for kids will give them lots of laughs.

In this post, MomJunction brings to you a collection of tongue twisters for children. Let your kids say these phrases aloud multiple times without pause, and spend some great time together.

Let’s start with some simple tongue twisters for kids.

Here are some easy tongue twisters for kids of primary classes.

These are some funny tongue twisters for kids, but adults can try too.

These are some hard tongue twisters for kids in senior classes. They help improve the fluency in speaking.

Here are some good tongue twisters for kids to say at a quick pace and achieve perfection.

Enhance your child’s proficiency and ability to speak fluently with these kid-friendly tongue twisters. Reciting tongue twisters is one of the best ways to improve speech and help build confidence.

Did your children try these tongue twisters? How was their experience? Let us know in the comments section below.

Harshita is a graduate in commerce and holds a PG Diploma in Patent and Copyrights Law from NALSAR University. She has also pursued CA and has more than three years of internship experience in auditing.Her love for travelling has taken her to various parts of the world, and writing the travelogues has what brought out her love for content writing.Harshita has experience in writing blogs and is passionate about presenting complex subjects in an easy-to-comprehend manner.In her spare time, she works on vegan activism, rescuing animals in need, and trying vegan delicacies.
This article was originally published by Momjunction.com. Read the original article here.
Share on Facebook
Share on Twitter
Share on Google+
Share on Pinterest
Share on LinkedIn