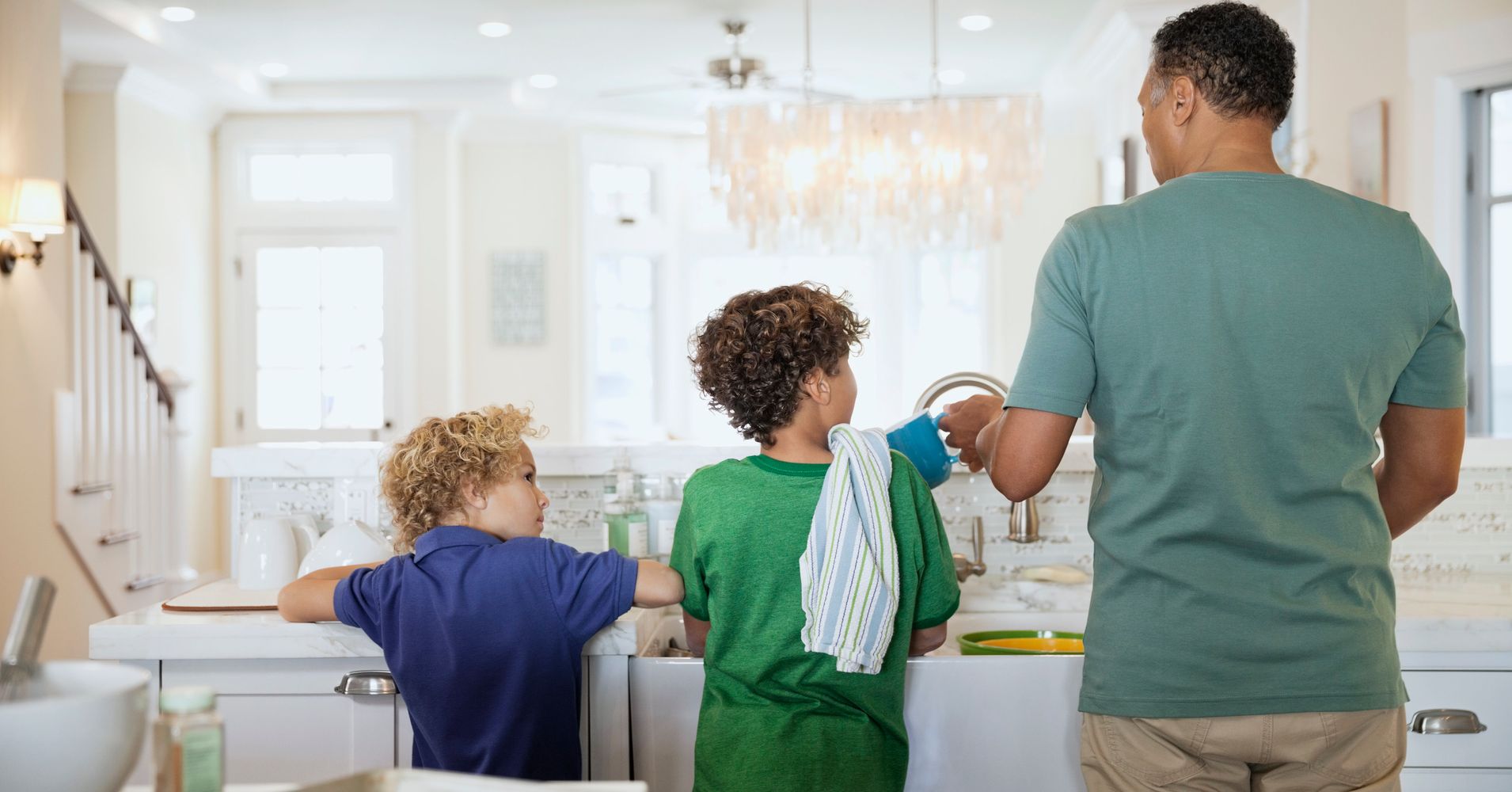 Paying kids for chores has long been a debate in family households. Some caretakers prefer demonstrating that hard work means earning money. Others are in the camp of making sure kids know chores mean being an active member of the family, not a pay day.

HuffPost reached out to parents to see how different families treat chores at home, as well as financial and child development experts for tips on how to effectively pass down money management skills to kids.

Parents who don’t pay for chores

Kerry Flatley, the mom behind the blog Self-Sufficient Kids, has a 9-year-old daughter and an 11-year-old daughter. Both receive an allowance (“The rule of thumb that I’ve used is I do half their age per week,” said Flatley). This weekly payment is separate from their chores, which include tasks like feeding the family pet and sweeping the floor as well as the family’s monthly “cleaning morning” where everyone pitches in.

Flatley told HuffPost that she thinks chores are part of being a helpful member of the family, not figuring out what tasks are and aren’t worth the money.

“I want to instill the values that hard work and helping other people isn’t always tied to money.”

– JoAnn Crohn, author of the blog No Guilt Mom

JoAnn Crohn, a former elementary school teacher and the parent behind the blog No Guilt Mom, has a similar set-up for her kids that separates chores and allowance. Her 10-year-old gets $6 a week, and her 5-year-old gets $4 a week. The kids divvy the money up into three jars: one for spending, one for saving and one for donating. The money allows her kids to buy the things they want. For example, her daughter uses her money to buy clothes outside of the items she needs for school.

“I want to instill the values that hard work and helping other people isn’t always tied to money,” she said. “Being part of a community and being part of a family isn’t at all connected to those who get paid.”

Because the daily tasks at home aren’t connected to allowance, both moms agreed that if one of their kids slacks on a chore, the consequences don’t involve decreasing their allowance. Instead, there are other repercussions like not being able to watch a TV show or not being able to go outside to play until the chores are done.

Parents who do pay for chores

Sahirenys Pierce uses her background in financial planning to help people (with an emphasis on women and millennials) with money management and financial skills through her brand called Poised Finance and Lifestyle. Her two kids are currently too young to take on a lot of responsibility at home, but once they’re ready, she plans on paying her kids for chores.

“Giving kids an allowance just to give it to them just doesn’t feel right in my gut,” she said.

She hopes to split up her kids’ chores into three tiers. Tasks she called “personal life skills” like brushing their teeth and making their bed don’t result in any money, but chores like dusting and helping with the trash mean her kids earn a base pay ― “kind of like a salary,” she said. There are also what she calls “commission” or “selfless” chores (her daughter especially loves watering the plants) that result in a bit of extra money to recognize her kids going “above and beyond.”

She said she planned on paying her kids bi-weekly when they’re young and then once they hit high school, she’ll give them the money once a month to help her kids learn how to manage money for a longer period of time.

Gregg Murset, a certified financial planner and father of six, agrees that kids should earn money for chores. He’s the co-founder and CEO of BusyKid, a company behind the app of the same name that lets parents easily pay their kids for tasks and lets the kids sort their money into manageable categories so they can save, spend and share (or donate).

“I believe that you should always tie work and money together in a meaningful way because they are interrelated in the real world,” he said.

The top chores on BusyKid based on information from the last 13 months are kids making their beds and cleaning their bedrooms followed by brushing their teeth (a task some may not consider a chore), taking out the trash and feeding pets.

Stephanie Lee, Psy.D., is the senior director of the ADHD and Behavior Disorders Center at Child Mind Institute in New York City. She sees plenty of benefits in rewarding kids for doing chores to teach them the value of money. She noted, however, that it may not work for all families and that it’s crucial for parents to establish what they actually want from a chores system at home.

Reinforcing these skills means actively discussing finances at home in a way that’s appropriate for children, she said.

“We don’t want kids to borrow adult worries,” she said. “We don’t want kids worrying about money or finances or about where their parents’ next paycheck is coming from, but at the same time we want to instill these values and roles of hard work and the importance of saving.”

“We don’t want our children to worry about money so we feel like we’re protecting them by not including them in these conversations, but then they’re really missing out on these life skills.”

– Emily Edlynn, Ph.D., a licensed and clinical psychologist in Illinois

She recommended parents measure whether their kids are actually learning anything about money management by checking in with their spending and watching their progress through games that teach kids about marketing and budgeting like Monopoly and Roller Coaster Tycoon.

Money can be an “emotional issue” for many people, but parents should find a way to discuss their financial decisions with their kids early on, said Emily Edlynn, Ph.D., a licensed and clinical psychologist in Illinois whose family is currently trying out a system at home that separates the kids’ chores from their allowance.

“So much is tied up in money,” she said. “We don’t want our children to worry about money so we feel like we’re protecting them by not including them in these conversations, but then they’re really missing out on these life skills.”

Although Murset, the CFP, is a proponent for paying for chores, he admits there are some tasks he wouldn’t pay his kids to do.

“There are certain chores that you don’t need to pay your kids for,” he said. “I might think I’m not going to pay my kid to make his bed. Another parent might say, ‘I definitely would pay him to make his bed.’ That’s fine. Whatever works for that family.”

Crohn agreed and recommended doing what makes the most sense for your family.

“Everybody is different,” she said. “Some families really want to teach their values of work tied to money, or if you work that earns you money. I think that’s well and good. In our family, I want them to know that being part of the family is the most important thing first.”