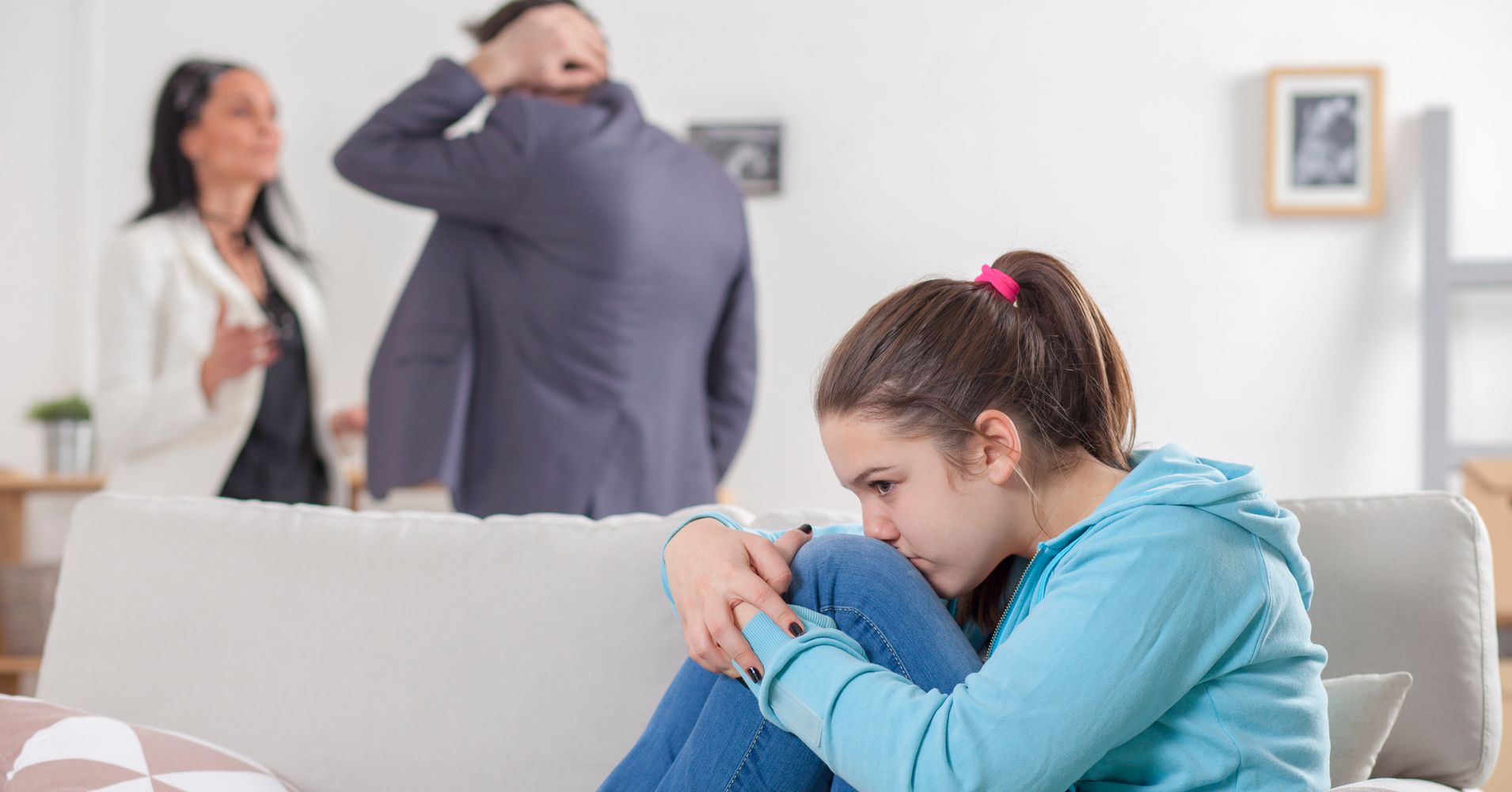 There has been significant research exploring the emotional effect of divorce on younger children, but relatively little is known about what the decision to divorce as soon as grown children leave home does — on top of how those children have already been shaped by their parents’ marriage for years.

Some parents wait to divorce until their children are grown because they are determined not to split up in their formative years or when they are teenagers, which is already an emotionally tumultuous time. Other empty nesters suddenly come face-to-face with the prospect of decades with a partner they’d grown apart from, particularly given our increased life expectancy.

No matter the reasons why they stuck it out, there are reasons to look closely at the effect of divorce on older children. Divorce rates in the United States are declining except among adults 50 and older. The divorce rate for that demographic has basically doubled since the 1990s, which means the number of Americans who were older children or adults when their parents split is also on the rise.

But no one really knows what the effect is.

“There isn’t one right way to look at it,” said Constance Ahrons, professor emerita of sociology at the University of Southern California and author of “The Good Divorce.” “For parents weighing this issue of whether to wait, they have to ask themselves, ‘How is this marriage affecting the kids?’ We tend to focus so much on how divorce affects children, but you have to remember they’ll have had 18 years of living inside of their parents’ marriage.”

Here, five individuals who were adults when their parents divorced weigh in on what the experience was like — and how it influences them as spouses and parents.

“To say we were blindsided is an understatement.”

My siblings and I had no idea at all in any point of my parents’ relationship that they would ever get divorced. There was no fighting, no trial separations, nothing. To say we were blindsided is an understatement. But apparently our father had been planning it for some time, to the point that he had an apartment set up to go to the next day. He told us he thought if he stayed until my siblings and I were all over 18, he wouldn’t have to pay child support.

I’m not sure I would have known what to do if he left when I was a child any more than I knew what to do at 19. Sometimes I wonder what life would have been like. What would have been different, you know? He left on Mother’s Day weekend. When I asked why he picked that day, of all days, he said he just couldn’t go through the motions anymore.

The divorce completely altered my relationship with both parents. I no longer speak to my father, and haven’t in 13 years. My mom lives in an in-law addition on our home and is very much involved in my kids’ lives. Every now and then, when we’re all together, she’ll say “I wonder if he knows what he’s missing?” —Laura, 34, Massachusetts

A childhood friend said, “I’m so glad I get to come to your house, so I can see what a normal family is like.”

Growing up, I was really close with my parents. I remember having a childhood friend say, “I’m so glad I get to come to your house, so I can see what a normal family is like.” Fast-forward to me being in graduate school and I get a phone call from my mom saying, ‘Your father and I have decided to start separating.’ It felt so far out of left field. Then I started talking to my sister — I was 22 at the time, and she was 16 — and she told me, “Things have gotten bad here. They’re fighting a lot. Mom is really sad.”

They separated but didn’t actually divorce until two years ago, so it has been this decade-long thing. Things have gotten pretty acrimonious. They can’t be in the same room. Sometimes I think, This is the family I grew up with, where we were always on the river together, doing things together, and it has come to this?

Partly I think I didn’t notice they were unhappy because when you’re a kid, even if you’re pretty emotionally sophisticated, there’s a lot you don’t see. And they clearly made some effort to conceal their problems. They wanted to get us through school because they thought it was important, and that’s noble in a way, I think. But I also feel this retrospective guilt, especially as I’m getting older and I have more of a concept of time and the opportunity cost of the decisions we make. Having gone through this, I really think people should get divorced if they are ready to get divorced. A marriage is a really important, precious thing. But I’m convinced everyone can be happier if you don’t drag it out. — Nick, 34, California

“I was old enough for each of them to confide in me, which … led to panic attacks.”

My parents waited until my brother and I were both in college to divorce. I always say they should have just done it when we were kids, because they did not have a good relationship. My father was very controlling. His expectation was that the house should be clean and dinner should be on the table by the time he got home from work — even though my mother also worked, albeit from home.

I didn’t know it at the time, but my mother was saving up her money and waiting until my brother and I both were out of the house. I’m two years older than my brother, so I left first. When my brother moved out, my mother left my father. I was old enough for each of them to confide in me, which was extremely difficult and actually led to panic attacks.

I guess I’m not sure how it has influenced me as an adult. I don’t take divorce lightly, but I wouldn’t subject my own child to a toxic relationship. I think about the fact that how I behave in my relationship with my husband has an impact on my daughter, but I also find it very hard to change my behaviors. My husband and I have a good relationship, but I could definitely do better. — Anonymous, 42, Florida

My parents always held hands and said “I love you” to each other before leaving. I wasn’t aware anything was wrong until I was 12 years old. I woke up one day to get ready for school and found my mom crying on the couch. I asked her what was wrong, and she said she was sick. I could clearly see that she wasn’t, so I prodded. It turns out my father had come home from a business trip and told her “I don’t love you, and I haven’t in years.” My mother eventually told me that he had been unfaithful to her multiple times, the first when she was pregnant with me.

I’m a very logical thinker, so I just couldn’t understand why she stayed married to him. I asked her after everything was final, and she told me it was because she didn’t want another woman “raising her kids.” But I don’t wish the divorce happened sooner. I feel sad that my mother had to live in a marriage where she didn’t feel loved, but it was a decision she made for herself. Maybe there was fear behind it. Maybe she felt the love of her kids was enough. I am, however, so grateful that I have the self-awareness to learn from their mistakes — and the desire to understand them.

My husband and I are open books around our kids. We tell them that mommy and daddy disagree sometimes, but we always talk through it and love each other no matter what. Sometimes they see us working through issues; sometimes we do it after bed. There was a lot of one-sided yelling in my household growing up, and I am very cognizant of my tone. — Anonymous, 31, Denver

“I think it was a generational, cultural thing.”

Growing up, my parents had this back-and-forth of “We’re divorcing!” “We’re not divorcing!” When I was in fifth or sixth grade they took me to my nonna’s house and sat me down and told me they were getting a divorce. I was so upset, having meltdowns at school I was so upset — and then they decided it wasn’t going to happen. After, though, they would still throw it around the house. It was drawn out over so many years, and I wish they had done it sooner.

I’d ask them, “Why are you guys married?!” My mom told me that she wanted my brother, who was the youngest, to grow up in a house with two parents. It was no surprise when they finally did get divorced when I was 21 and in college. Partly I think it was a generational, cultural thing.

The first 10 years were really hard and everyone was trying to figure everything out. But now they talk, they text. I have birthday parties for my 5-year-old and they both come. They’re so much better now than they ever were when they were together. I wish they had gotten divorced sooner, because then we would have gotten to this point sooner. — Christina, 38, New Jersey

Conversations have been edited and condensed for clarity.