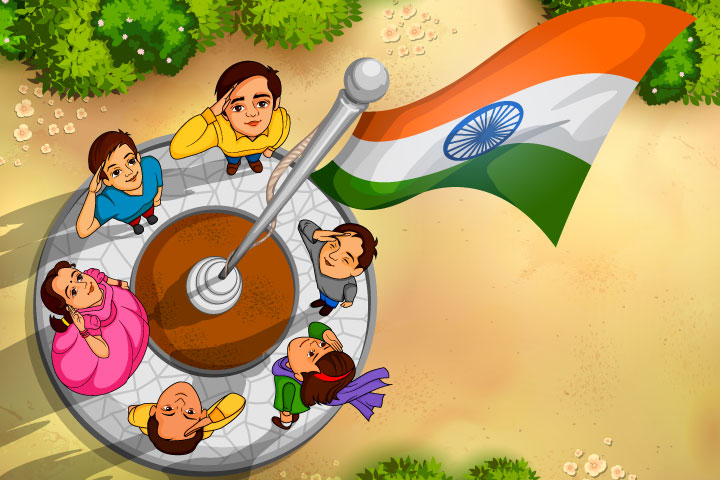 The unique colors, shapes, and symbols on a flag are what make it special.

A national flag is the symbol of a free country. One such country is India, which struggled for more than 200 years for its Independence. If your child is keen on learning about the flags of countries around the world, read this MomJunction post to them. Here, we give you 31 interesting Indian national flag facts such as who designed the Indian National Flag and what each color or symbol on the flag means.

Keep reading to know about the history and evolution of the Indian flag through the years.

The Indian National Flag was adopted in its present form on July 22, 1947, during the meeting of the Constituent Assembly. By then, the design and colors of the national flag were changed five times.

Evolution Of The Indian National Flag

The first Indian National Flag was hoisted on August 7, 1906. It consisted of three horizontal stripes of green, yellow and red. The green stripe had eight white lotuses, the yellow section had Vandemataram written in the center, and the red stripe had a sun and a moon. It was hoisted in the Parsee Bagan Square of Kolkata.

Very similar to the first flag, the second flag had strips of orange, yellow and green. The topmost strip was orange and had seven stars that represented the Saptarishi. It was hoisted in Paris by Madame Cama in 1907.

Dr. Annie Besant and Lokmanya Tilak hoisted the third version of the flag in 1917, during the Home Rule movement. This flag had four green and five red horizontal stripes, alternately. It also had seven stars in the Saptarishi configuration. On the top-left corner was the British flag or the Union Jack, and on the top-right corner was a white crescent moon with a star on the top.

In 1921, a new flag was unofficially adopted during the All India Congress Committee session that took place in Bezwada (present-day Vijayawada). It had two colors: red and green, which represented the two major communities in India: the Hindus and Muslims. Mahatma Gandhi suggested the addition of a white stripe to the design, which would represent the remaining communities of India. Also, a spinning wheel or ‘charkha’ was added on the white strip to symbolize the progress of the nation.

In 1931, a resolution was passed to adopt the tricolor as our National Flag, which was also the battle ensign of the Indian National Army. The flag had a stripe each of saffron, white and green, with Mahatma Gandhi’s spinning wheel at the center. Also, the designers clarified that the colors of the national flag had no communal significance.

The present tricolor of India was adopted in 1947 by the Constituent Assembly. After India became independent, the colors of the 1931 Flag and the significance of them remained the same. But the spinning wheel was replaced by an emblem on the flag, the Dharma Chakra of Emperor Asoka.

Keep reading for more interesting facts about the Indian tricolor.

1. The designer of the Indian National Flag 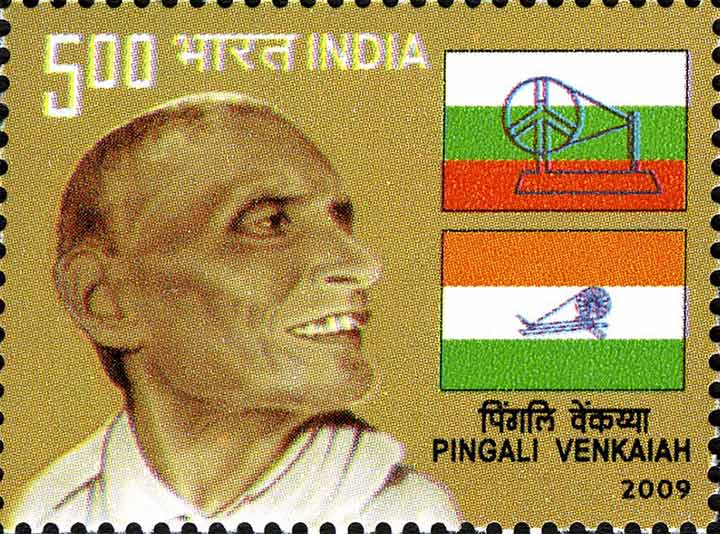 The Indian National Flag was designed by Pingali Venkayya, who was a part of India’s freedom movement. He was born on August 2, 1876, in a small village near Machilipatnam in Andhra Pradesh. He was an expert in geology and agriculture, and also established an educational institution in his hometown.

2. Proportions of the Flag 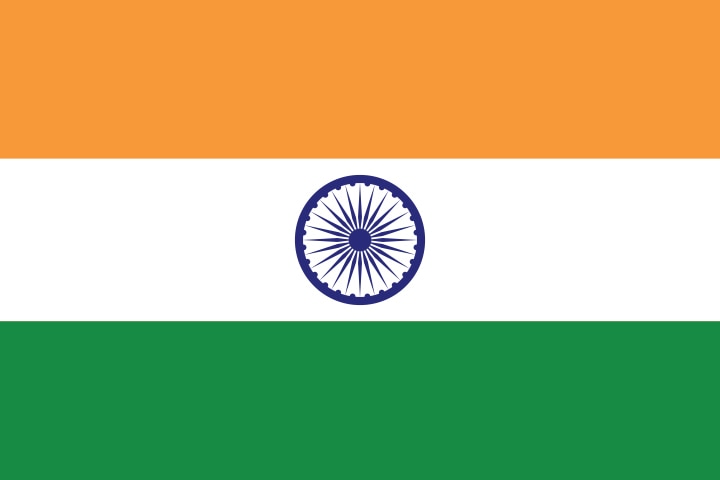 India’s National Flag is a horizontal tricolor, with a width-to-length ratio of 2:3. It has three colors in equal proportions: deep saffron at the top, white in the middle, and dark green at the bottom. It also contains a navy blue wheel in the white section of the flag.

3. The significance of the Tricolor

The saffron color in the flag signifies strength and courage, white symbolizes peace and truth, and green means growth, auspiciousness, and fertility of the Indian land.

4. Emblem of the Flag 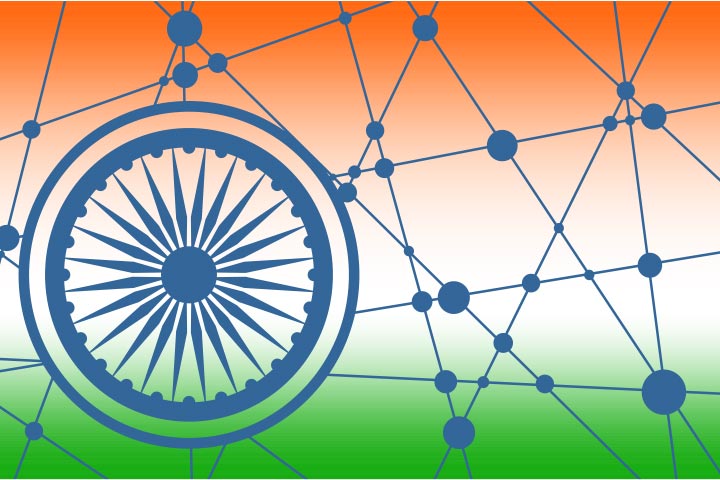 The wheel, which is also called the ‘Chakra’, has 24 spokes. It depicts the “wheel of the law” as reflected in the Sarnath Lion Capital ruled by the 3rd-century BC Mauryan Emperor Asoka. The ‘chakra’ intends to show that there is life in movement and death in stagnation.

Irish disciple of Swami Vivekananda, Sister Nivedita designed the first ever Flag of India in 1904. It was composed of red and yellow colors, with Bonde Matoram written in the center. The flag also had a white lotus and a weapon of Lord Indra.

Mahatma Gandhi mentioned about India having her own national flag in his journal Young India, in April 1921. He proposed a flag with the charkha at the center.

The British Government imposed a ban on displaying an Indian Flag. This led to the freedom fighters using a Swaraj Flag as a sign of protest. It was a tricolor with the charkha or spinning wheel in the center.

The Flag Code of India was introduced on January 26, 2002. It is a set of practices, laws, and conventions which govern the display of the Indian National Flag. The Flag Code is divided into three parts: the first part consists of the description of the Flag, second part mentions the codes of display for public, private, and educational organizations and the third part of the code refers to the display of the flag by the central and state governments and their agencies.

9. The fabric of the Indian National Flag

The National Flag of India must be made of hand spun and woven wool, cotton, or silk and khadi bunting. It is important to note that hoisting a flag made of any other material is punishable and could lead to imprisonment of up to three years along with a penalty.

11. Dimensions of the Flag

Nine Standard dimensions of the Indian National Flag were specified by law. They are:

Following are the protocols that one must always adhere to when displaying the Indian National Flag.

13. Manufacturing of the National Flag

The design and manufacturing of the Indian National Flag are regulated by the Bureau of Indian Standards (BIS). The material, dye colors, size, and specifications are all tested by the BIS laboratories. The flags can be sold only after being approved by BIS.

14. Display rights to every citizen

Before the Flag Code was amended in 2002, the rights for displaying the Indian National Flag were restricted only to the Government officials and agencies. In 2002, private organizations and individuals got the right to display the flag with dignity and honor. It is a fundamental right of every citizen, under article 19(i)(a) of the Indian Constitution.

Wing Commander Rakesh Sharma carried the Indian National Flag as a medallion on his space suit during the space mission in 1984.

16. Indian Flag lands on the moon

On September 15, 2008, at 08:34pm IST, the Chandrayaan-I ejected the Moon probe, which crash-landed near the south pole of the Moon. The probe had the Indian Flag painted on all sides and India became the fourth country to land their flag on the Moon.

The Indian flag was hoisted on Mt. Everest for the first time on May 29, 1953, by Tenzing Norgay. It is currently preserved in the Rashtrapati Bhavan Museum, New Delhi.

The Indian National Flag is half-mast as a sign of mourning, the duration of which is decided by the President of India. When the decision to fly the Flag half-mast is taken, it is mandatory that the Flag is first raised till the top and lowered down slowly. The flag is never flown half-mast on Republic Day and Independence Day.

While it is used to drape the coffins or cover the bier of dignitaries or para-military forces, it is never lowered into a grave or burnt in the pyre.

20. Flag of the United Nations

When placed together, the Indian National Flag can be displayed on either side of the flag of the United Nations. When displayed with any other country’s flag, the flag masts should be of equal height.

The largest National Flag, which is mast on the highest pole at 360 feet, is located at Wagah-Attari border, Amritsar, Punjab. The flag is 110 meters in length and 24 meters in width and also visible from Lahore, Pakistan. 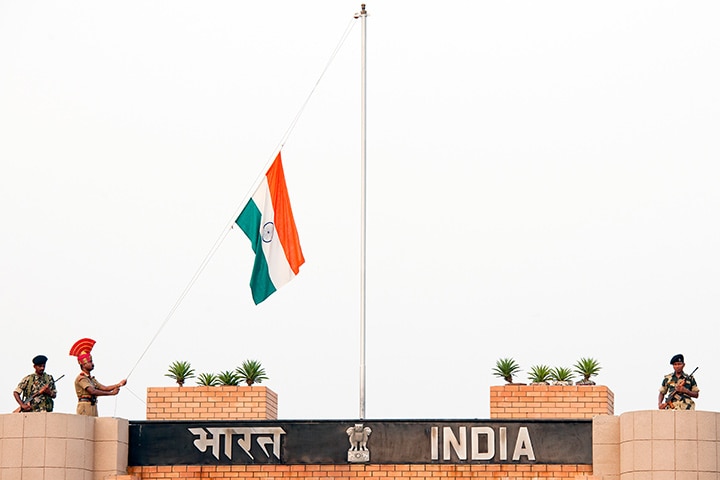 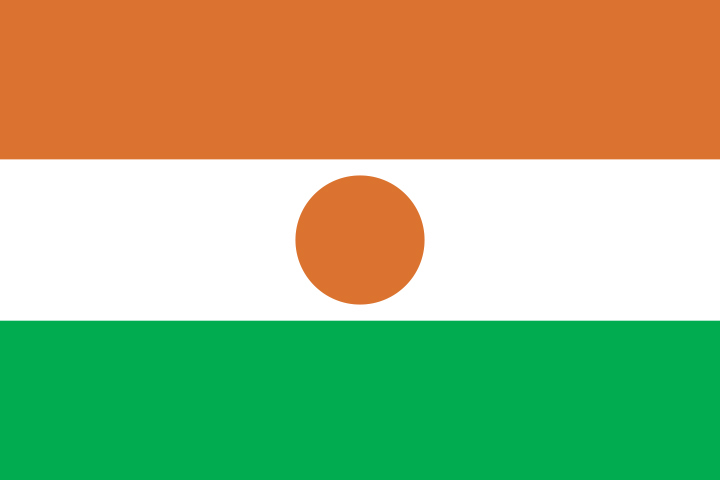 Learning interesting and thought-provoking facts about the flag and its history can make your child hungry for more information. They may desire to explore the history, topography, and cultures of the country too. And if their interest lies in flags, then who knows, your child is the next vexillologist in the making!

What is that one fact which fascinates your child the most about the Indian National flag? Tell us in the comments section below.