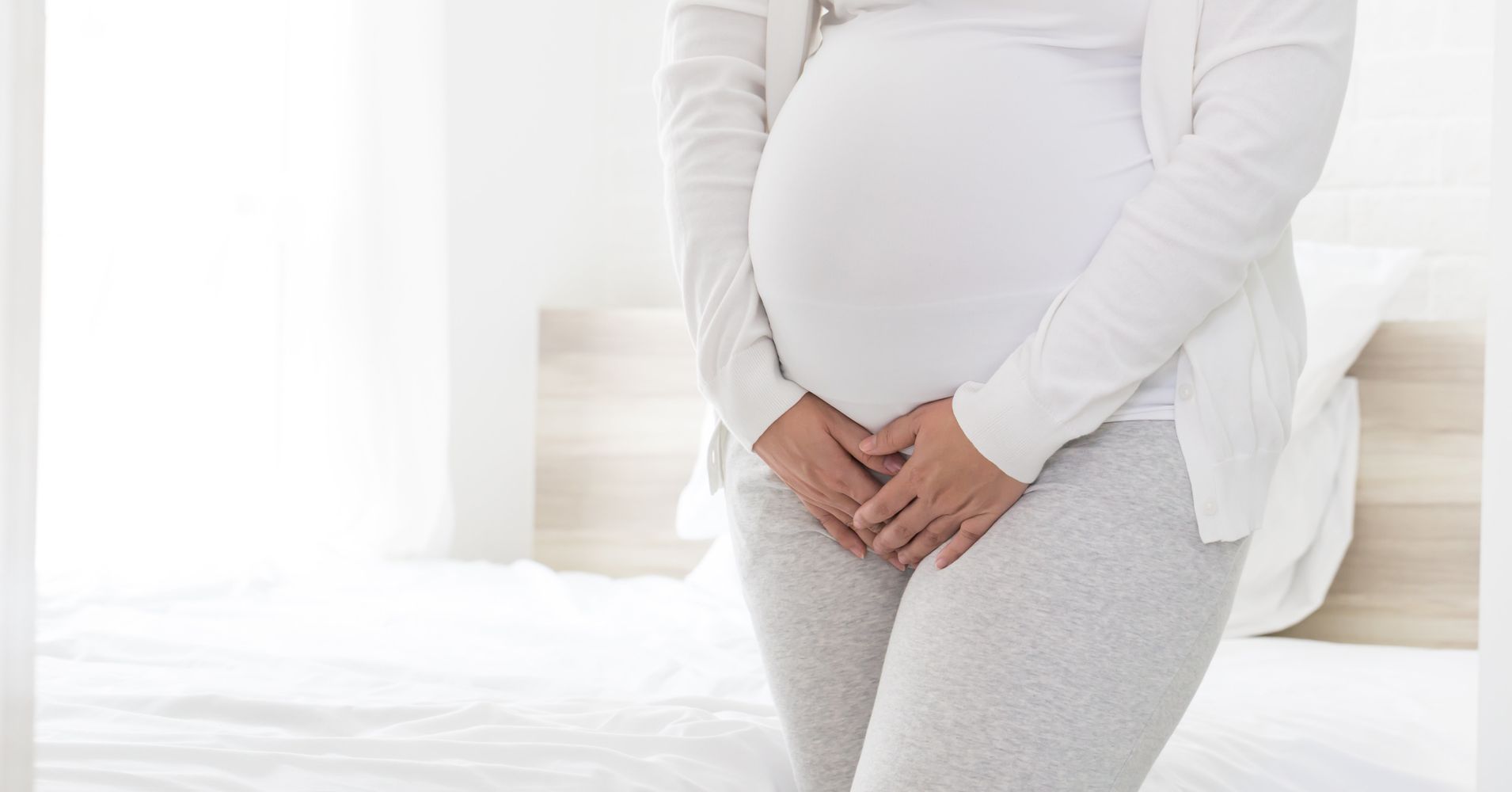 Two weeks after Sharon, 33, delivered her daughter, she began feeling pressure in her lower abdomen and like there was something stuck between between her legs. She grabbed a mirror, looked down, and saw a bulge.

“I googled ‘mass in vagina’ and the first thing that came up was prolapse,” recalled Sharon, who asked to use only her first name for privacy reasons.

Sharon went to her OB-GYN who advised she do Kegels — exercises meant to strengthen the pelvic floor — and assured her that with a bit of time she’d feel OK.

So Sharon went home and kegeled, but the pain got worse. She constantly had the feeling there was something stuck between her legs, like a tampon inserted the wrong way. Sharon worried she’d have to live with discomfort forever, and that her insides would, basically, fall out. Weeks later, she saw a different OB-GYN who all but confirmed her worst fears.

Pelvic organ prolapse, or “POP” as it is sometimes called, is a condition that occurs when the tissues and muscles of the pelvic area are no longer able to support the pelvic organs, which in turn, basically droop — sometimes down into the vaginal canal. Though any woman can experience prolapse, pregnancy and childbirth are major risk factors, as both put enormous pressure on the pelvic area and its muscles. Women can have a prolapsed bladder, small intestine, rectum, uterus, top of the vagina—or some combination thereof.

And it is incredibly common. Although estimates range widely, experts believe up to half of American women have some degree of pelvic organ prolapse, an estimate that includes those who are asymptomatic, meaning they either lack obvious symptoms (like vaginal bulging) or they haven’t connected their seemingly unrelated symptoms (like constipation and lower back pain) with what is happening in their pelvis.

Yet despite how common it is — particularly among women who’ve been pregnant, whether they delivered vaginally or via C-section — it remains under-studied and shrouded in shame and secrecy. Many women say the first time they hear about prolapse is when they are newly postpartum, exhausted and are suddenly confronted with their own symptoms. And given that postpartum care in the United States consists of not much more than a brief six-week checkup — at which point women’s bodies are still raw and reeling from childbirth, making it difficult to assess the degree of pelvic damage that has been done — they’re often on their own to find help when it becomes clear things are not simply going to shift back into place on their own.

“To say I felt blindsided by this diagnosis would be a huge understatement,” said Elise Carr, 38, who was diagnosed with a prolapsed bladder and rectum after the birth of her second baby.

“I’m in a few support groups for women with prolapse and that is a word you hear again and again,” Carr said. “Blindsided.”

Unwilling to accept the idea that she had to live with pelvic pain, Sharon eventually found her way to a physical therapist who specializes in rehabbing the pelvic area. It took about six weeks for her to get an appointment, then she went twice a week for many weeks. Slowly, her pain began to dissipate. After a month and a half, she did not see a bulge anymore—“and I checked constantly,” Sharon said, laughing.

The treatment is incredibly intimate. At an initial meeting, a therapist is likely to do an internal examination with one gloved finger (no instruments), explained Rachel Parotta, a pelvic health therapist with Shift NYC.

Next come various assessments to gauge the function of a woman’s pelvic floor muscles, she said, her scar tissue (if she had any tearing during childbirth), as well as how capable the pelvic floor is of contracting and relaxing, how strong it is, and try and get a sense of how she moves her body day to day. Therapists guide women through ab-strengthening exercises and those that help strengthen the pelvic floor directly, often with a finger inserted in the vagina to ensure women are strengthening their muscles safely and effectively.

“Telling women to just do Kegels on their own is problematic for many reasons,” Parotta said. “I often have clients who come in and say, ‘I’ve been doing my Kegels’ and then I ask them, ‘OK, let me feel your Kegel’ and they’re actually pushing out. That would worsen their symptoms.” Kegels can actually over-engage the pelvic floor in some cases, she added. And physical therapists consider other important things, like how women lift things, what their posture is like, and how they breathe.

But connecting to care can be a challenge.

In France, the government subsidizes multiple sessions of la rééducation périnéale — or “reeducating” the pelvic area — for all new moms. But here, women can struggle to find urogynecologists who specialize in diagnosing pelvic floor problems and physical therapists who can help treat them. Many are out-of-network, charging hundreds of dollars per session. Sharon, for example, paid well over $1,000 out of pocket to see a physical therapist after her baby was born.

And those babies need to be watched. While all of the physical therapists interviewed for this story said they were comfortable with infants and children coming to appointments, moms say it is an obstacle.

“I did two months of physical therapy … [but] ultimately gave up,” said Maggie Keller, a 31-year-old with four children who was diagnosed with multiple forms of pelvic organ prolapse after giving birth to her third. “Coordinating child care for four kids for weekly physical therapy is a nightmare.”

One of the major challenges women face getting help for pelvic organ prolapse is that some degree of, well, drooping postpartum is expected and normal. So although doctors should not be dismissing women’s discomfort at a six-week postpartum visit, sometimes women simply need time to heal.

“I do think ‘prolapse’ is a scary word,” echoed Erin Weber, a physical therapist with Physio Logic in New York City, who specializes in pelvic floor issues. “Anyone who has carried a baby and has supported a growing human in their uterus is going to have pelvic organ distension.”

“The pelvic floor can take six to 12 months to fully heal after delivery,” echoed Dr. Chris Zahn, vice president of practice with the American College of Obstetricians and Gynecologists. For more severe cases, a pessary (a flexible device inserted in the vagina to help support the pelvic organs) or even surgery can be options, but he said doctors should not over-diagnose prolapse and rush to options, like surgery, which carries its own risk. But if OB-GYNs can’t necessarily make a diagnosis at the six-week checkup, and most women don’t see their doctor again for another year, they end up grappling with symptoms of prolapse on their own.

Which is why physical therapists — and women who’ve been treated by them — say they wish pelvic floor therapy was routine for moms, or at least there was a clear, easy-to-follow pathway to care, whether they have full-blown prolapse or not.

“This should be standard follow-up care,” Weber said.

It would also help lessen the secrecy that still surrounds prolapse, despite its ubiquity among moms.

“You feel alone, but my urogynecologist said to me, ‘I guarantee you that most of the moms at your daughter’s preschool have pelvic organ prolapse, and they’re either not talking about it, or they just don’t know about it,’” said Carr.

“Nobody’s talking about this,” she added. “And there’s no reason why women should be blindsided, like I was.”