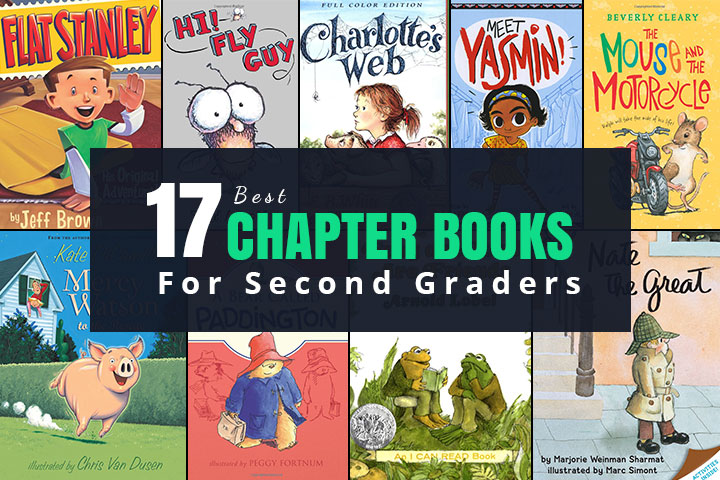 Reading can be fun for a second grader when the story is simple and enjoyable. And if the story is divided into chapters, then it makes the read interesting for the child.

Enter chapter books, where the stories are divided into multiple small chapters to make reading and following the story easier. The stories are cheerful, engaging, and also make a great pass-time for children. If you want to inculcate a reading habit in your child, gift them a chapter book.

In this MomJunction post, we give you a list of 17 best chapter books you can pick for second graders.

Besides breaking down the story into easy-to-read sections, chapter books also have colorful illustrations that make them appealing to younger kids. Below, we have compiled the list of such books that combine the best of illustration and story. 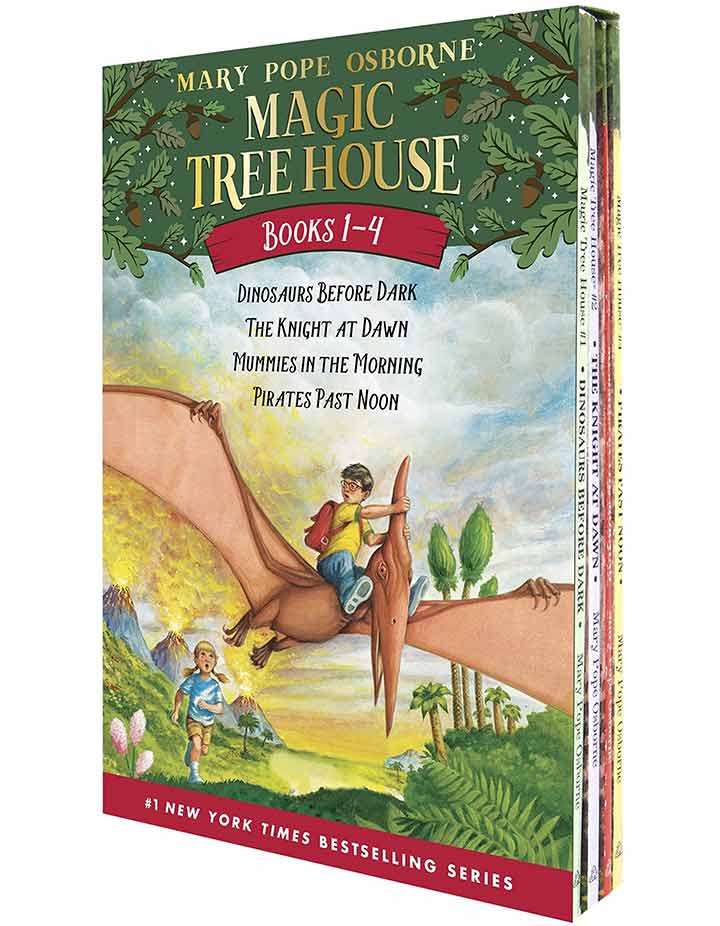 It is a set of four books from the Magic Tree House series. The books narrate the adventures of seven-year-old Annie, and her older brother Jack. The two embark on various exciting journeys to a mysterious forest, a tree house full of books, and even back in time, to meet the dinosaurs! Second graders will love the simple language and illustrations used in these books. 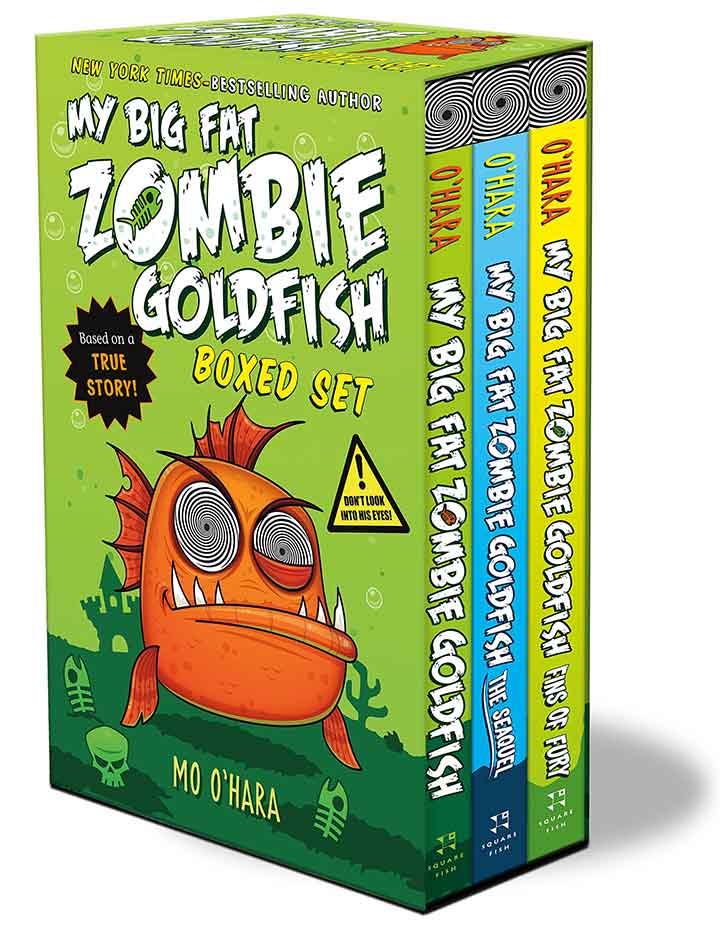 It is a boxed set of four books that tell the tale of a boy called Tom, who brings back his dead pet goldfish Frankie back to life. Tom and Frankie then embark on a quest to destroy the plans of Tom’s older brother, who is an evil scientist, and defeat other villainous characters along the way. The story is humorous and entertaining. 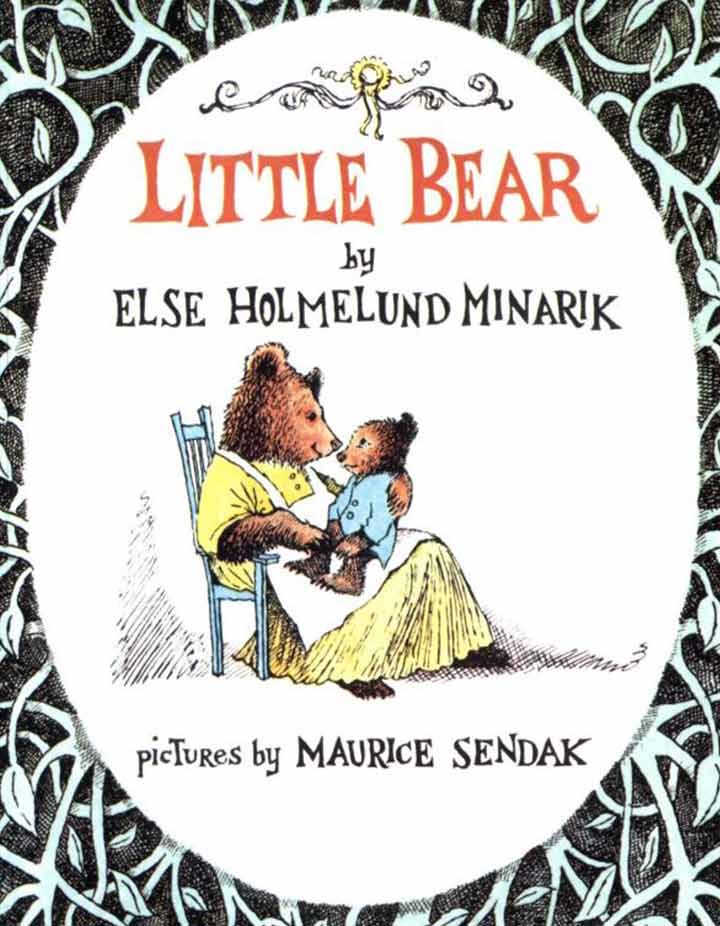 This tells the tales of Little Bear, a bear cub curious about the world and the universe. He always has a question for his Mother, who adores her son’s curiosity. The story stokes the imagination of a child through the questions that the little bear asks. The illustrations of Little Bear and his other animal friends are cute and will be loved by the kids. 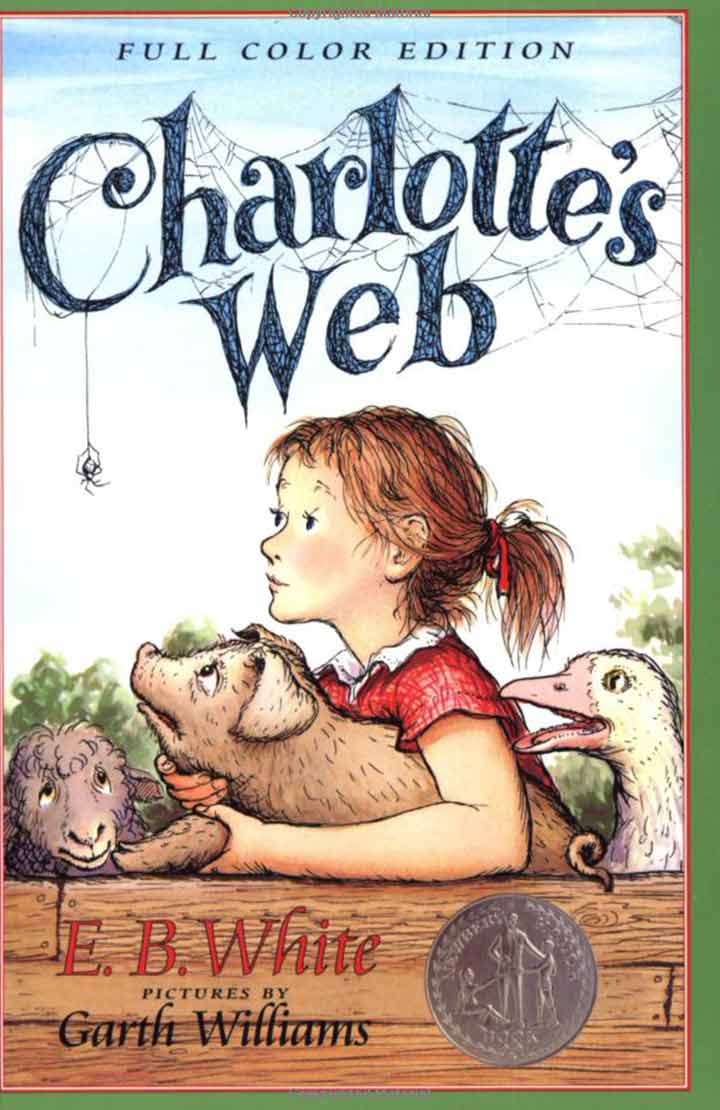 This chapter book, written by the famous author E.B. White, was first published in the year 1952. The story revolves around a female spider called Charlotte and her friends at the farm. One day Charlotte realizes that she has to save her friend, a pig named Wilbur, from being slaughtered.

Charlotte does everything she can in her capacity to save her friend and eventually succeeds. The story deals with topics of friendship, loss, and happiness, but presents it in a simple way so that a second grader can understand it.

5. Frog and Toad Are Friends 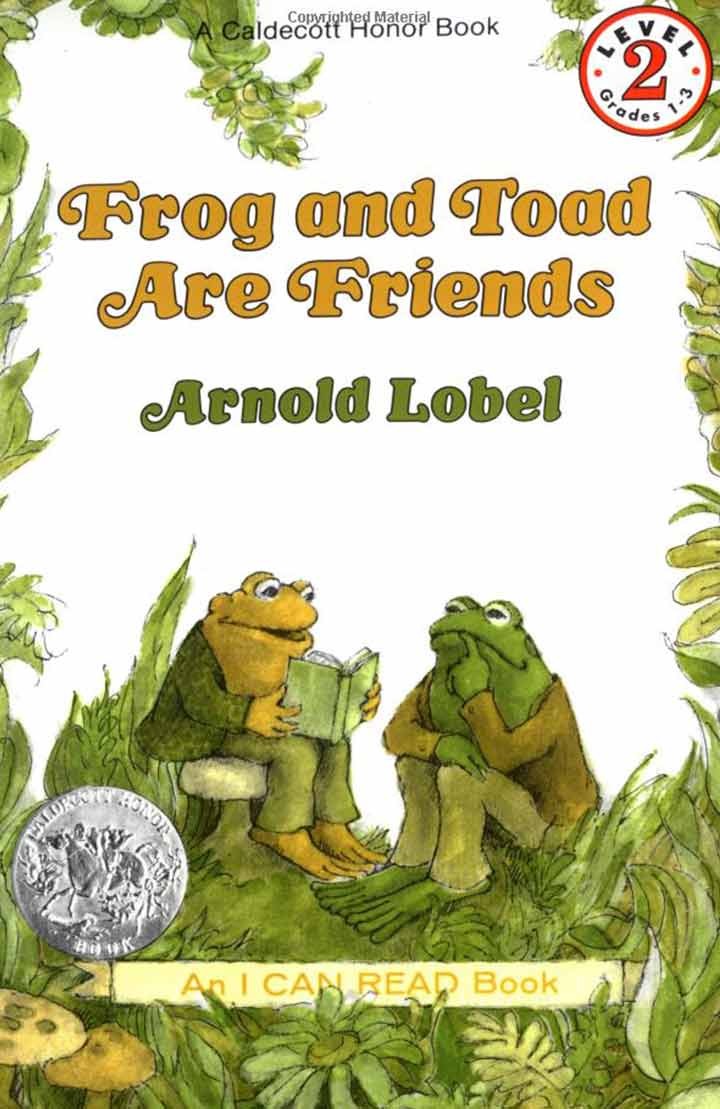 Frog and Toad are best friends who always go on adventures. Sometimes they go swimming, and sometimes they go searching for lost buttons! Whatever they do, they do it together and have fun. The book is written in short, easy-to-read paragraphs. The spacing of sentences is also such that it makes reading less stressful for a child in second grade. 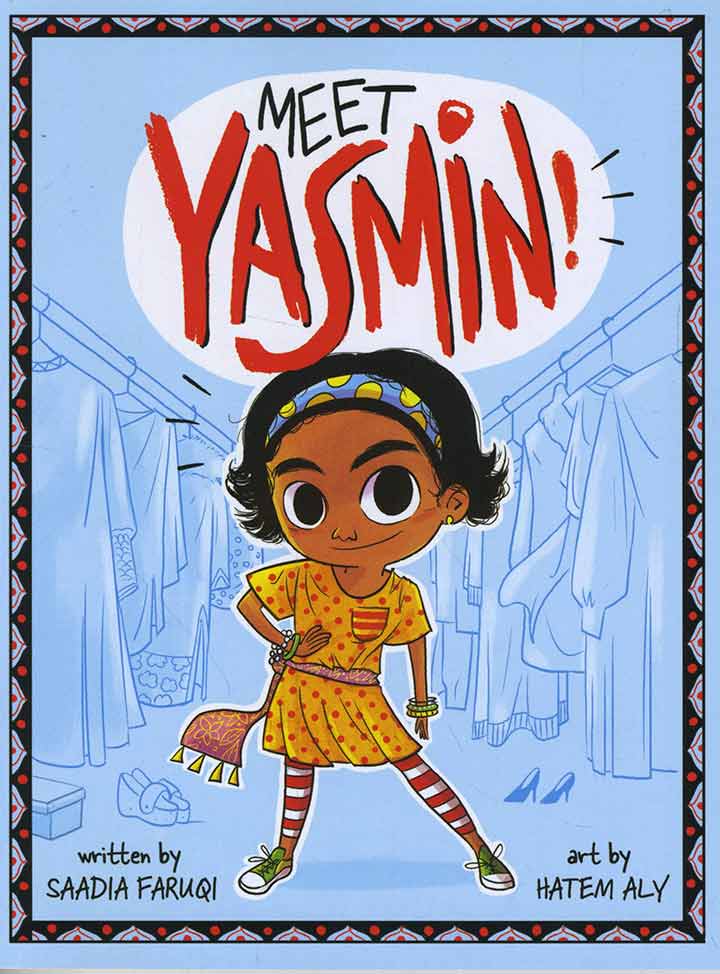 The primary character is Yasmin, a second-grader who is always in search of a quest. In one chapter, Yasmin becomes an explorer, in another a painter, and so on. The young girl has her imagination in full throttle, and her vivacious spirit truly makes her a charming character. It especially makes an excellent chapter book for second-grade girls. 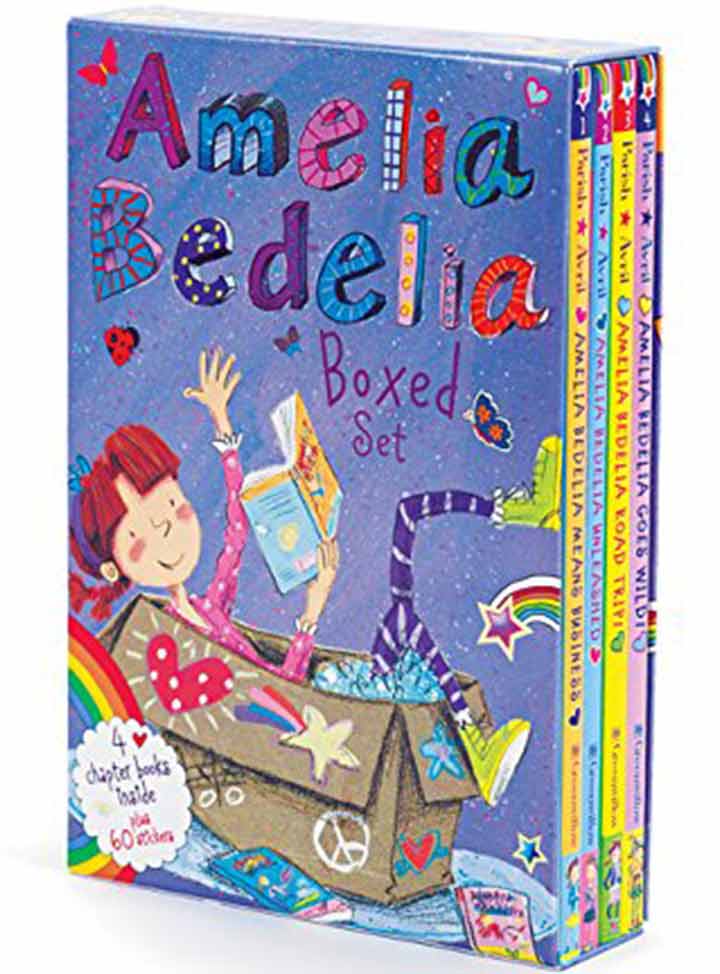 This book is a collection of stories about a young girl named Amelia Bedelia and her day-to-day adventures. In one story, Amelia wants a bicycle and decides to buy one by earning money through her own business. In another story, Amelia wants a puppy, but is not sure which one since all puppies are cute!

Each chapter is written in an easy-to-understand language. A guide at the end of each chapter explains the idioms and phrases used in the story. 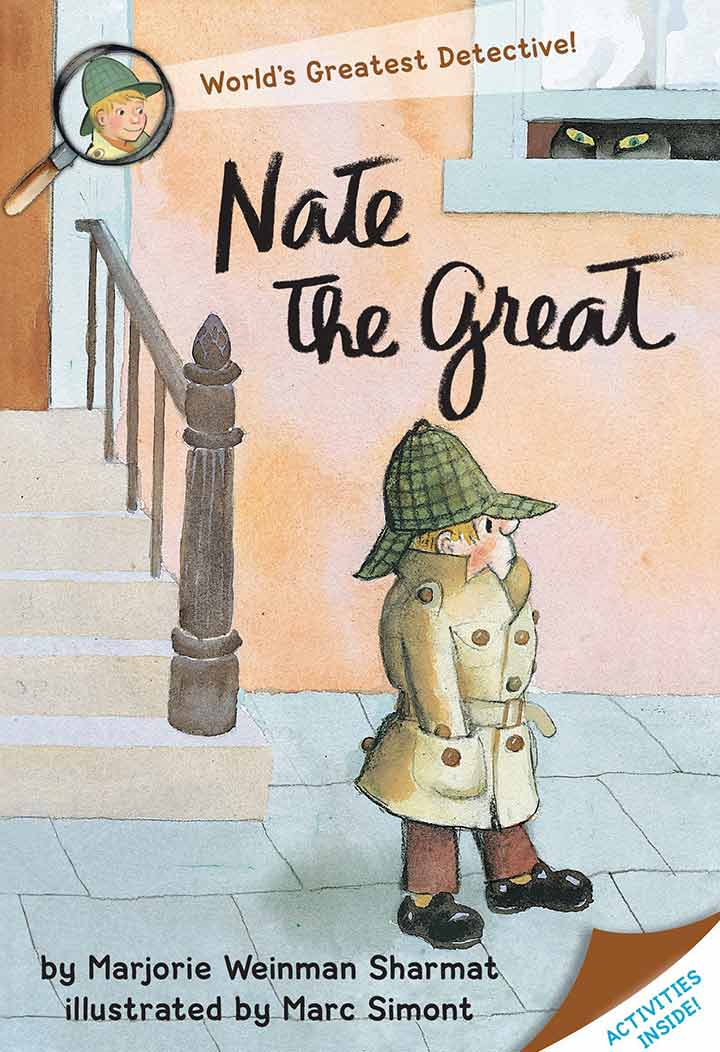 Nate is a young detective and has to find a lost picture that belongs to his friend Annie. Nate pieces together all the clues and the facts to solve the mystery. The book has a delightful style of printing with text written in bold, large font with the right amount of spacing between the sentences for the young reader. 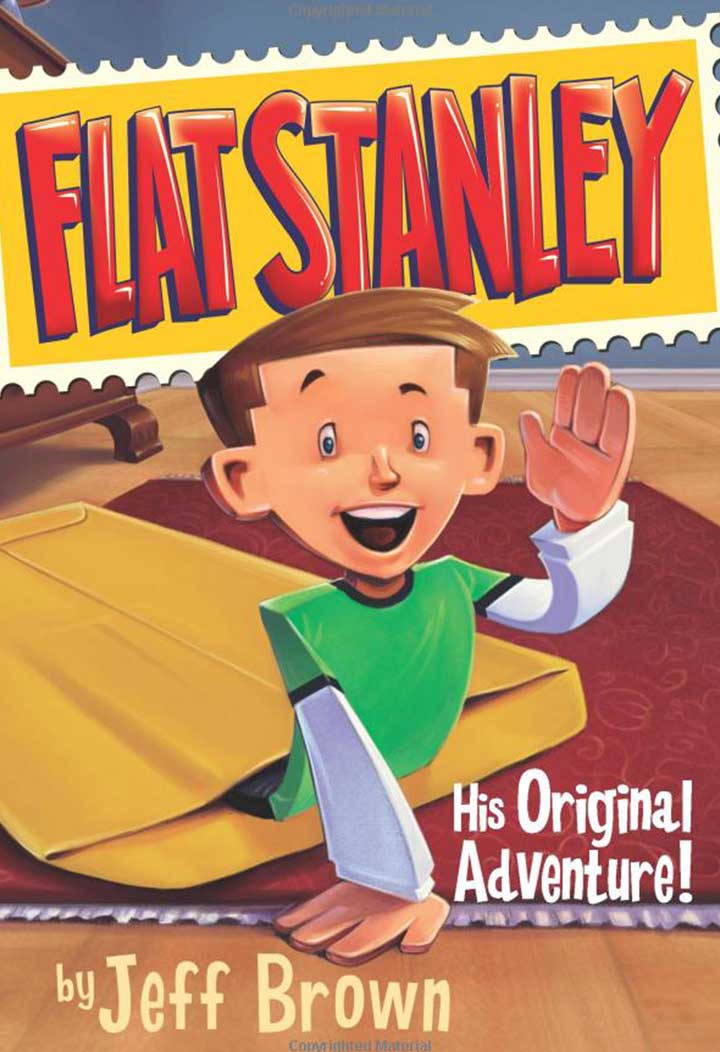 The book was first published in the year 1964 and has since been popular. It tells a funny story of a boy named Stanley who wakes up one morning to find that the bulletin board next to his bed has fallen on him. When his family takes the board off him, they see that Stanley has become flat; like a pancake! Then begin the adventures of Stanley, who is so flat that he can even fly like a kite. The book is both funny and interesting. 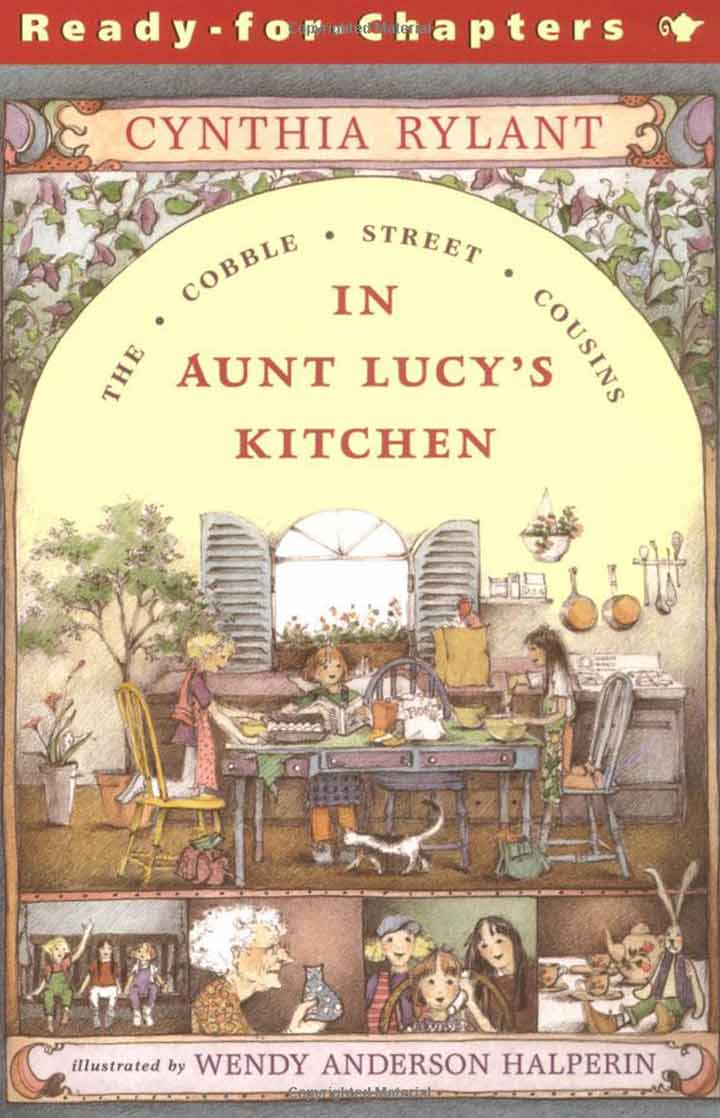 In this chapter book, we meet three cousins named Lily, Tess, and Rosie, who share the attic bedroom in their Aunt’s Lucy’s place. The trio decides to start their own business during the summer vacation, and a cookie company is on the top of their list. We then learn about their experiences with the cookie company and the people they meet through the course of their work. The book is full of lovely illustrations and brimming with interesting characters. 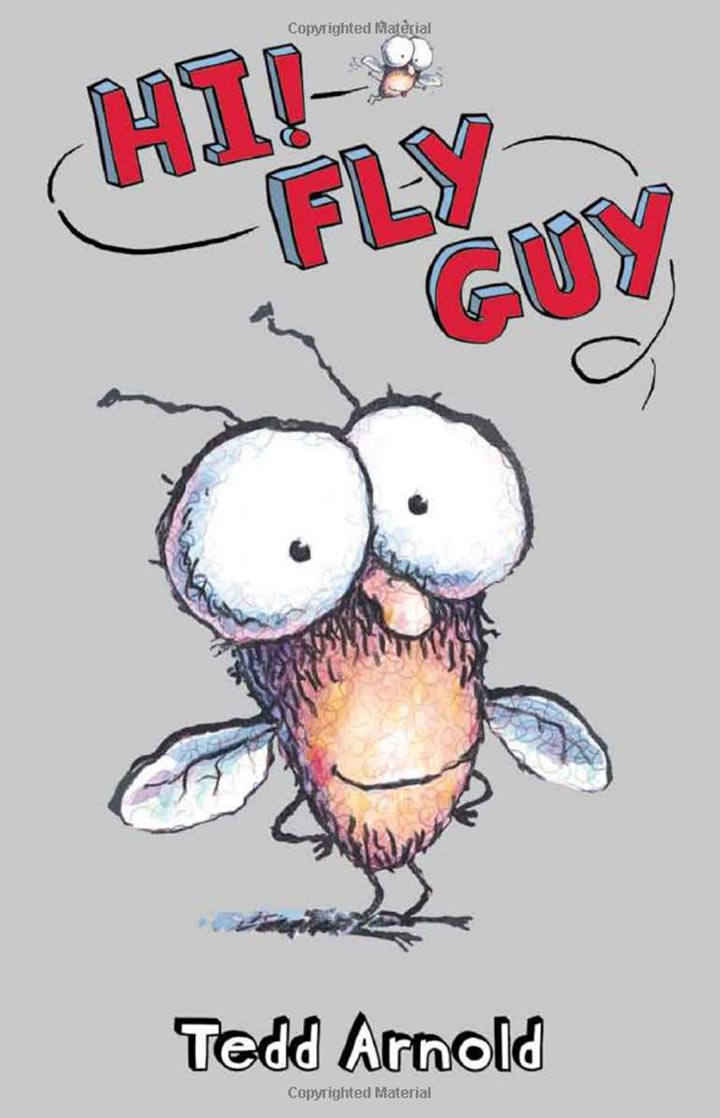 A boy searching for a pet animal ends up capturing a fly. The fly and the boy become good friends. One day the unnamed boy decides to enter a pet show with his pet fly, but no one takes the little boy and his adorable fly seriously. Both the boy and his pet fly prove others wrong eventually. The book contains funny, cartoon-like illustrations that go along well with the humorous tone of the tale.

12. The Mouse and the Motorcycle 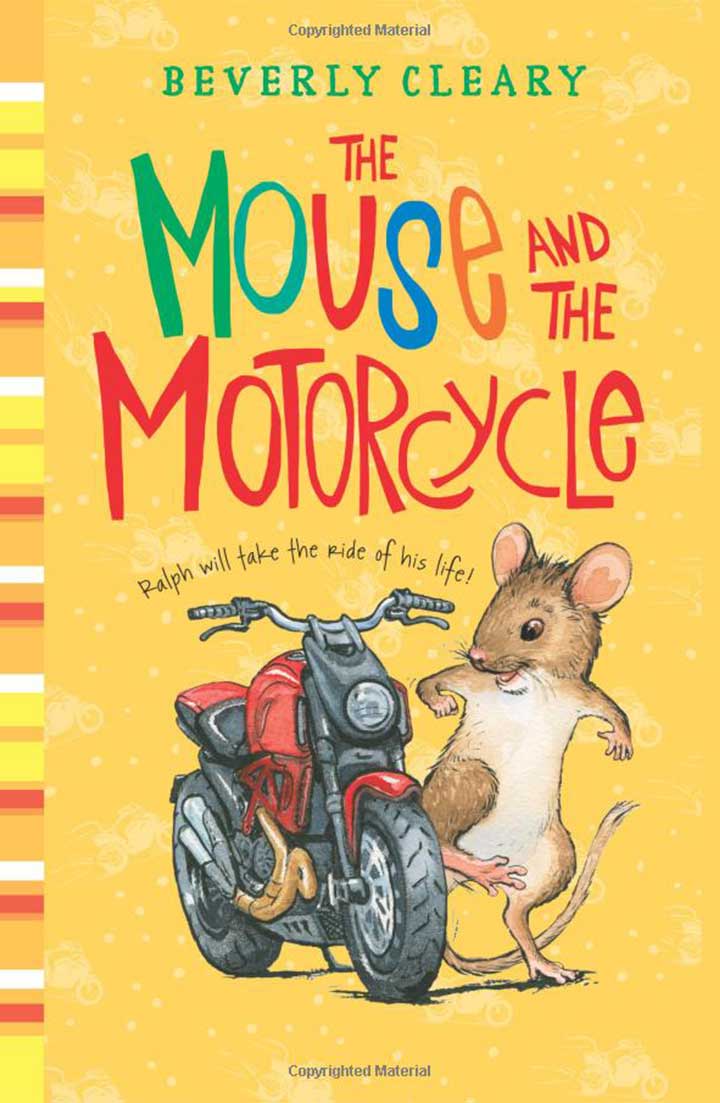 One day, Ralph the mouse discovers a toy motorcycle owned by a boy called Keith. The little mouse is excited to see a bike and takes it for a ride when Keith is not around. Ralph and Keith eventually become friends and go on several adventures together. The easy-to-understand narrative of the book makes an excellent read for a second grader. 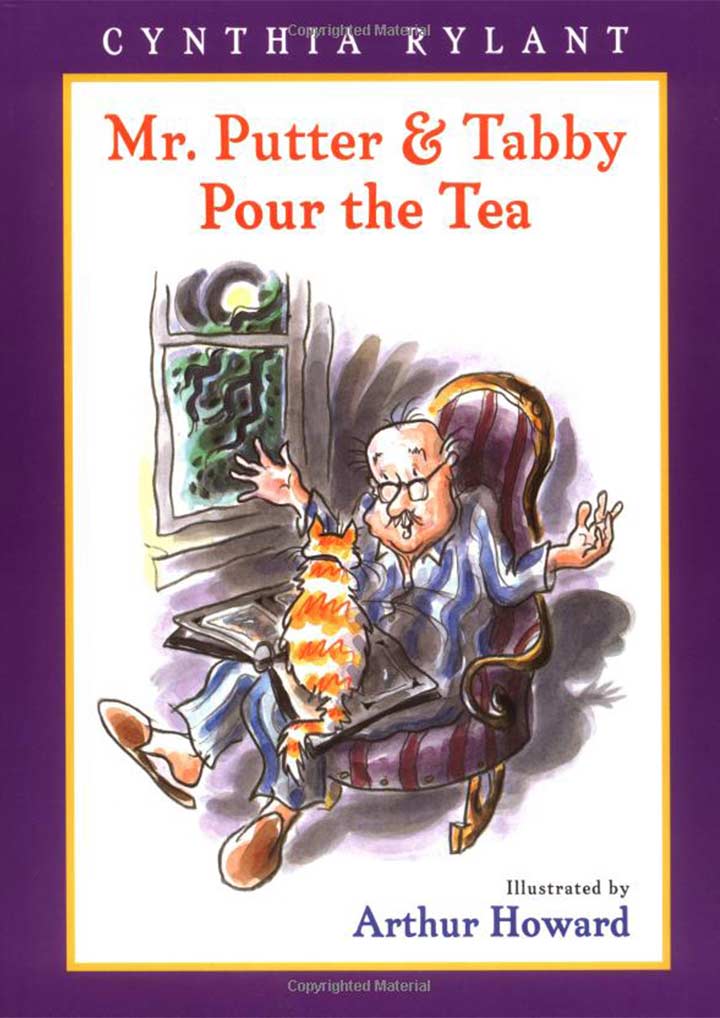 The chapter book tells a cute, heart touching tale of an elderly gentleman named Mr. Putter and his pet cat Tabby. Mr. Putter lives all by himself in his big white house. He feels lonely until one day he meets Tabby the cat who fills the void in his life. The best part of the book is that it lays equal emphasis on illustrations with large colorful drawings on almost every page of the book.

14. Mercy Watson to the Rescue 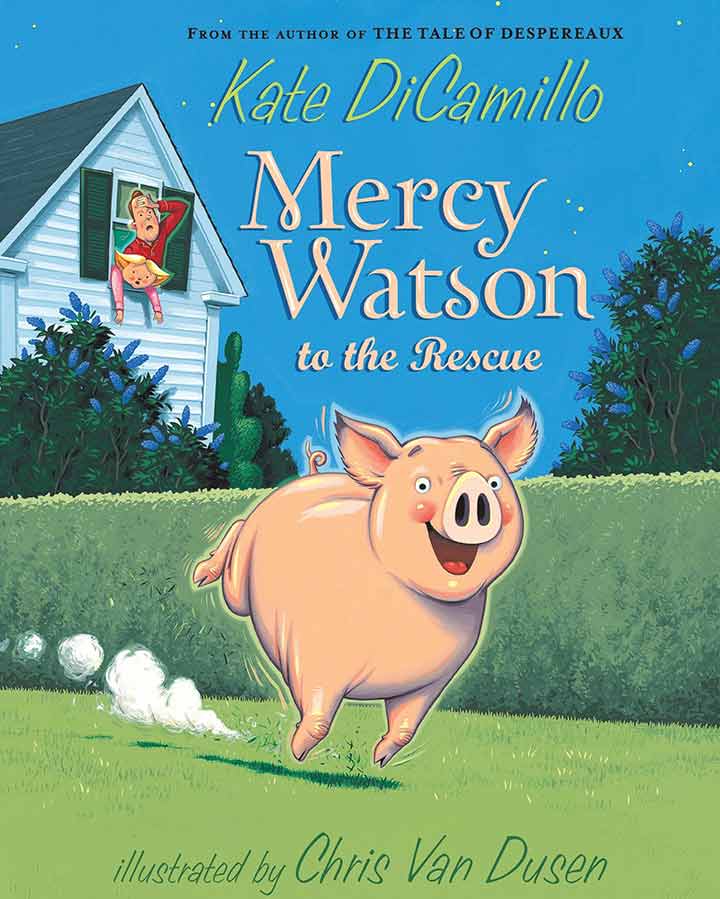 A middle-aged couple adopts a pig and names him Mercy. Mercy becomes more than a pet and does everything he can to help Mr. and Mrs. Watson. The book talks about the daily experiences of the couple with their almost child-like pig Mercy. This chapter book for second-grade children is simple to read and has many sketches. 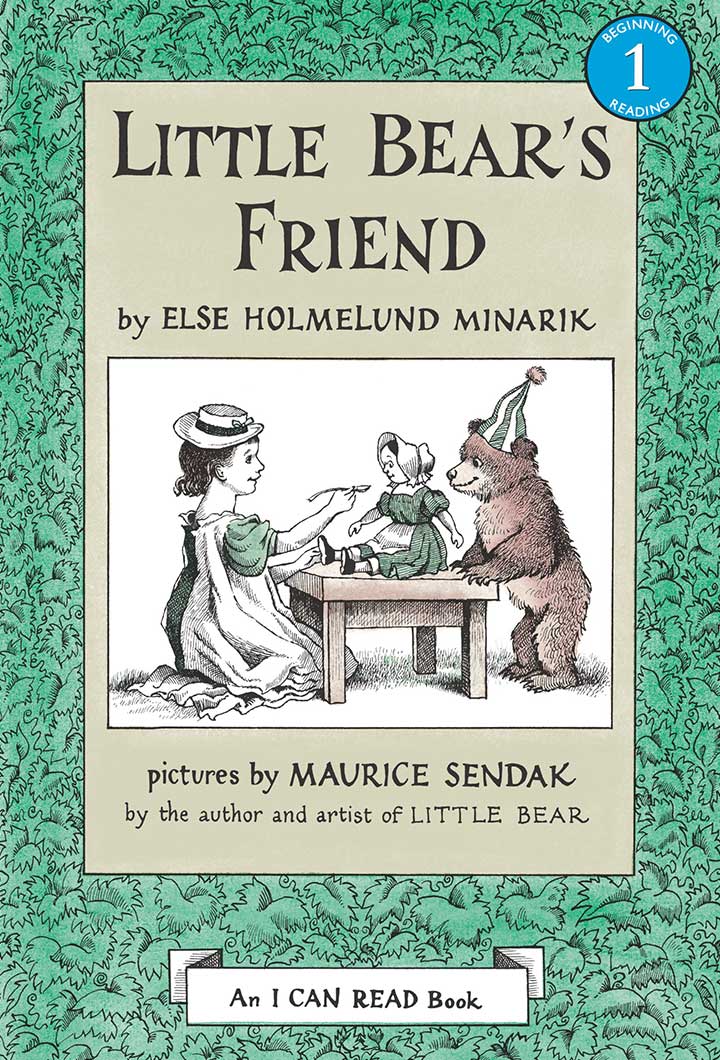 Little Bear’s Friend is a part of the ‘Little Bear’ series we mentioned earlier. In this book, the bear cub finds himself enjoying the summer when he befriends a girl called Emily, who is visiting the forest for her summer holidays. But as the holidays come to an end, she has to return to her home. Now Little Bear has to find a way to stay close to her friend. The rest of the story is about how the bear achieves that.

Just like any other Little Bear book, this one is also full of sketches and simple language. 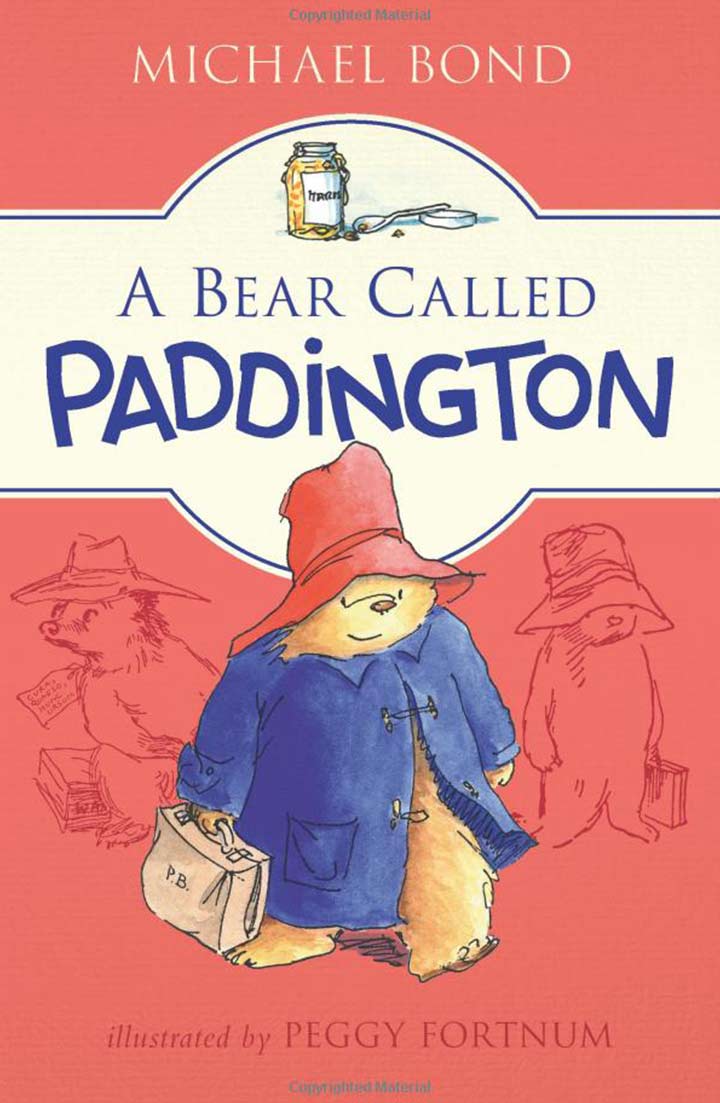 An elderly couple from discovers an abandoned bear from Peru, on a railway station named Paddington. The couple adopts the bear, which eventually changes their life. With Paddington around, life became more interesting with each day is filled with surprises. The book narrates the adventures of the adorable bear in a big city and how he keeps his foster parents on their toes.

17. The Complete Tales of Winnie-The-Pooh 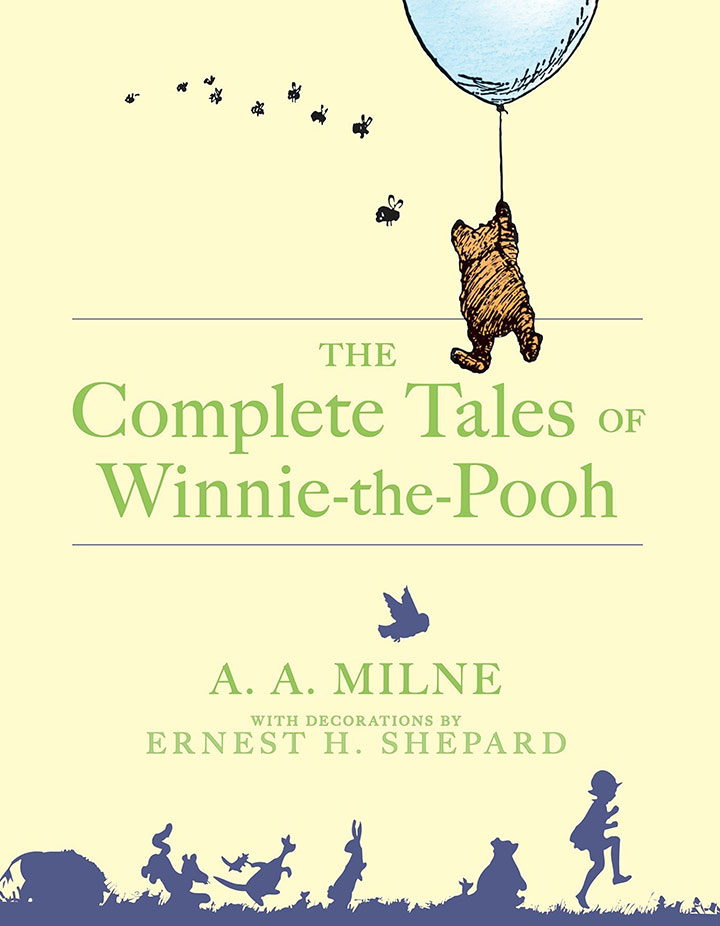 It is a classic chapter book for children where we learn about the life the bear called Winnie, who lives in the forest with his friends Piglet, Tigger, Owl, Kanga, and Roo. Each chapter presents a different adventure that these friends embark on in the woods, along with their human friend Christopher Robin. The book first came out in the year 1926 but is still enjoyed by second graders today.

The tales narrated in these chapter books are simple and easy to understand, and thus encourage children to read more. The illustrations add to the excitement of reading and act as cues that help the children build their imagination. If your child hasn’t started reading yet, get him or her one of these books and maybe even read with them the first few times. Once they fall in love with the books, they won’t need you to hand-hold them while reading.

Did you ever buy a chapter book for your second grader? Which one was it? Let us know in the comment section below.