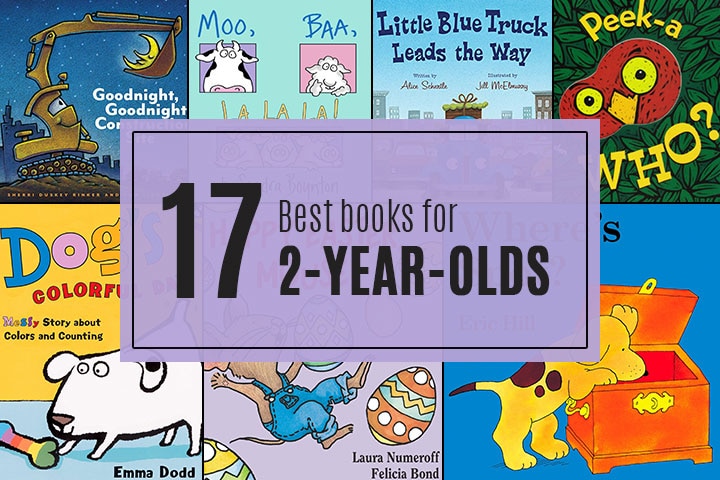 A two-year-old’s attention span is no longer than two to three minutes. But the toddler is more attentive to stories, and hence you may introduce books to them.

If you want to read to your two-year-old baby, pick a book that can be read to them in a short time, or one that is engrossing and holds their attention for longer than usual. When you choose the right books, your toddler would want you to read to them more often. 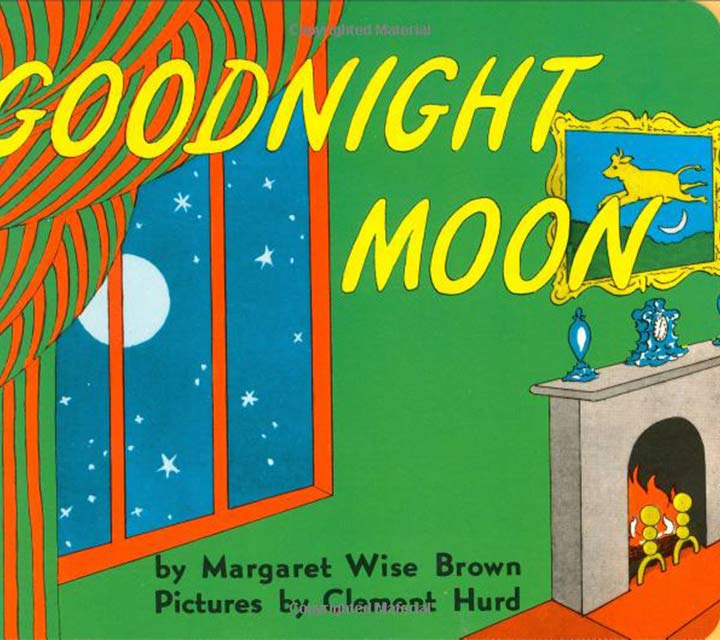 Goodnight Moon is a story about a tiny bunny, tucking himself for the night and saying goodnight to everything in the house – from the two kittens in the house to the painting of a cow jumping over the moon! This book for a two-year-old has illustrations of various objects on nearly every page. 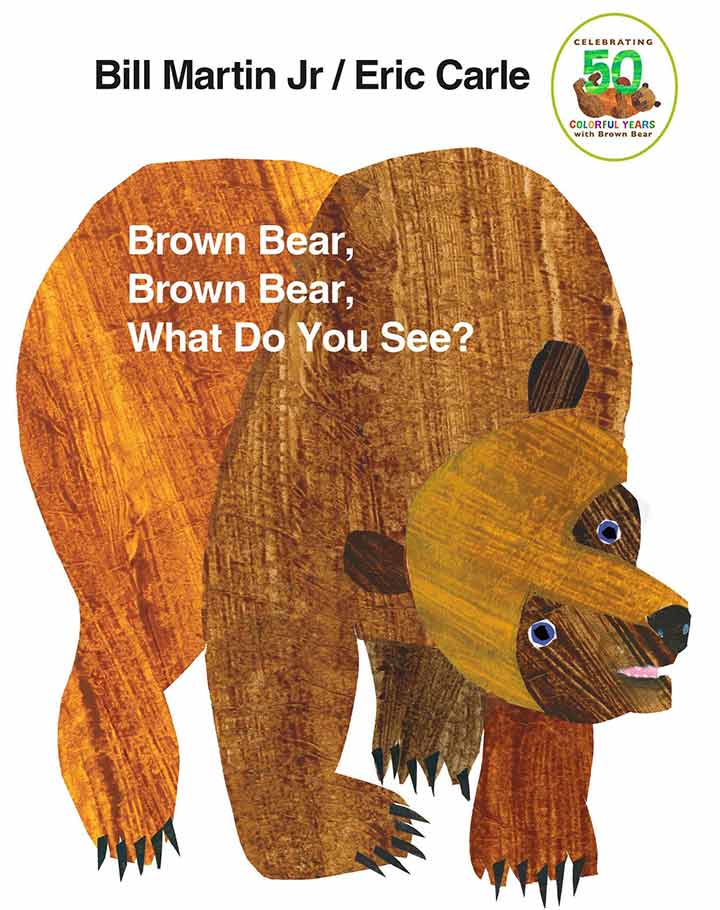 This book has the author asking each of the featured animals a question: What do they see?

The author begins by asking a bear what it sees, to which the bear replies that he sees a red bird. The author then asks the red bird what it sees, and the bird responds that it sees a duck. The author then questions the duck and the other animals and birds what they see, and the story goes on. Each page has large, collage-like illustrations that will immediately grab the attention of a two-year-old. 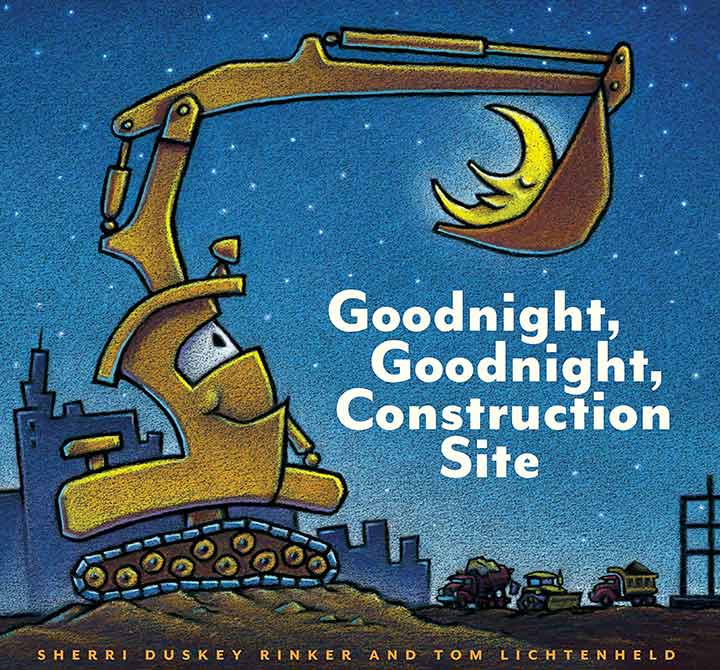 The book describes a scene from the construction site, where heavy construction machines work hard to complete their tasks. Once the sun sets, the machines settle for the night, to rest and regain energy for another day of hectic work. Goodnight, Goodnight Construction Site is filled with sketches of various machines like dump trucks, cranes, excavators and so on that will leave a toddler intrigued. 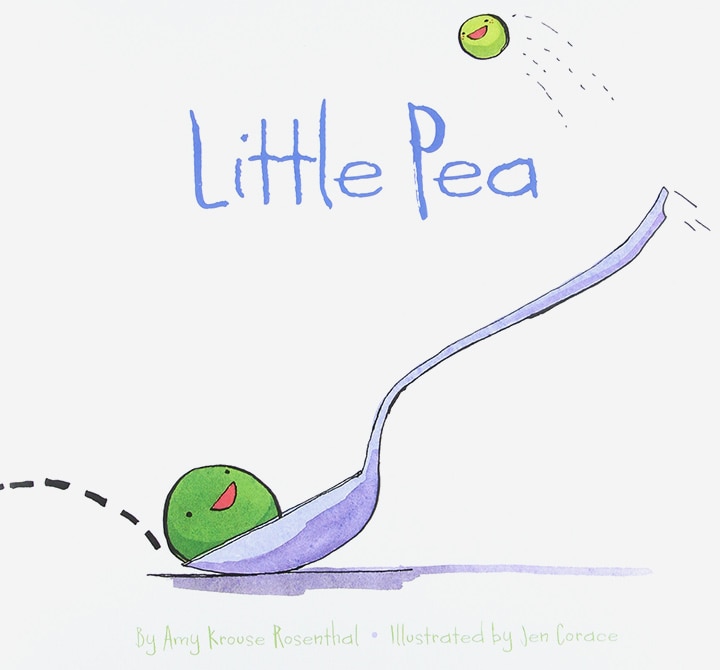 This is the story of a pea family – complete with a Mama Pea, Papa Pea, and Little Pea. The pea family is different from humans because they have candies for the main course and veggies for dessert. Little Pea loves the ‘dessert veggies,’ but does not like having candies. Nevertheless, he has to finish all his candies before he can get vegetables for dessert. Little Pea is an adorable tale, well-illustrated with images that bring a fun element to reading the book. 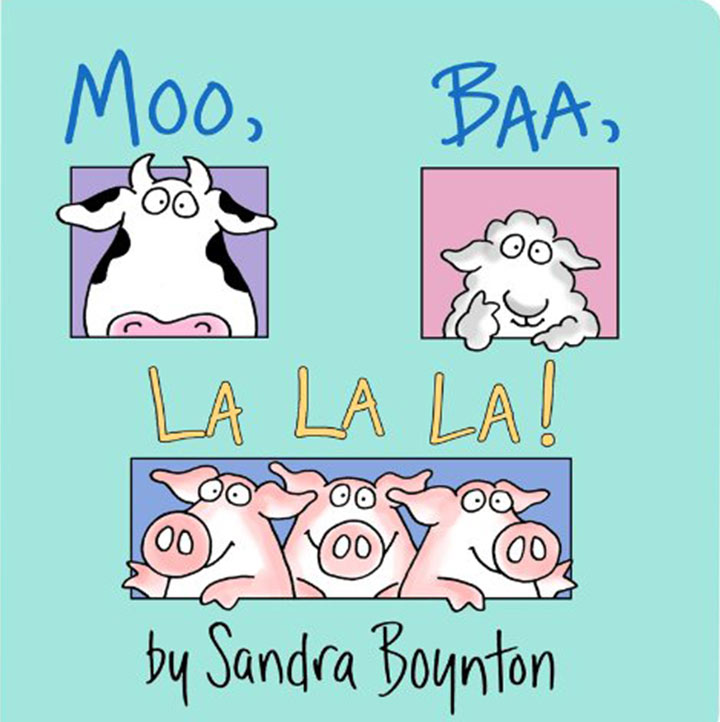 A hilarious, silly book that talks about the sounds made by animals. Each page has a sketch of an animal with a text of the sound they make. This book is excellent for parents who love to add sound effects and improvise while reading to their toddlers. 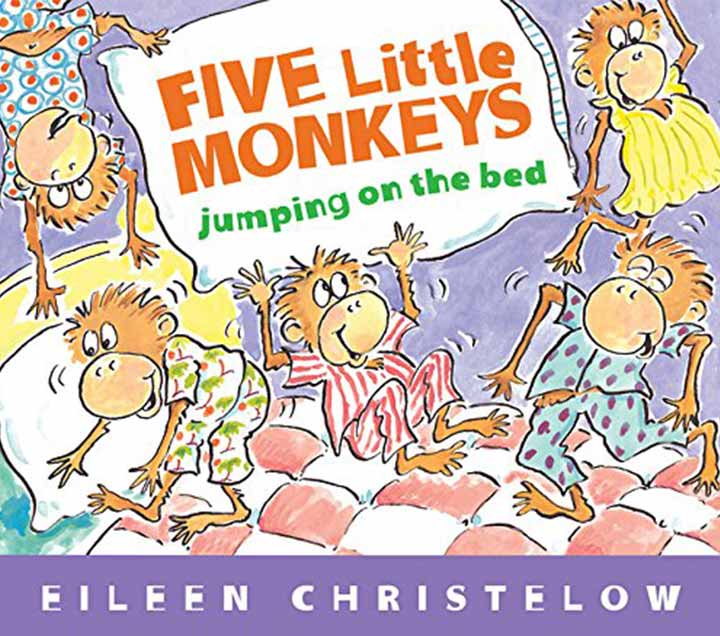 Five little monkey siblings slip into their pajamas, brush their teeth, and say goodnight to their Mom. But the moment their Mom leaves the room, they begin to jump on the bed and create a ruckus. The book has cheerful drawings of the baby monkeys performing their various antics. 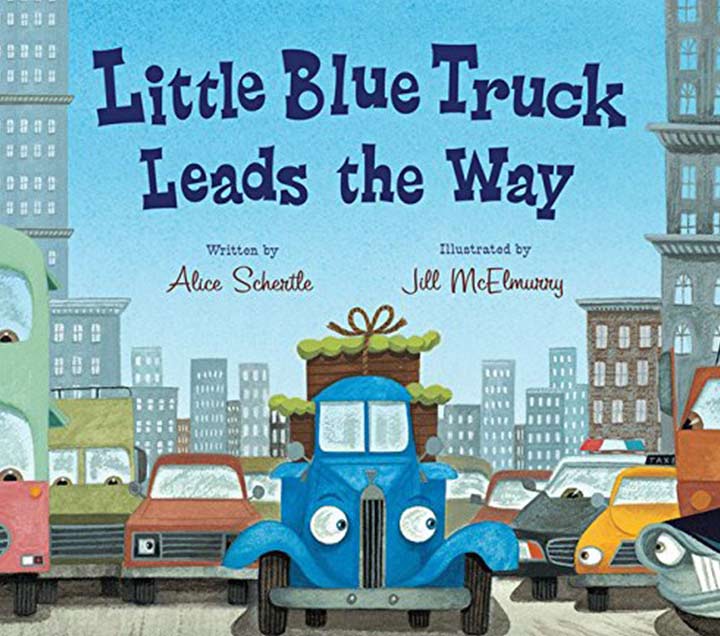 The story personifies a farm truck and tells the story of his simple countryside life. The blue truck, as it is called, visits the city and realizes that there are several vehicles in the city. Eventually, there is a traffic jam, when the blue truck comes to everyone’s rescue! A well-illustrated and straightforward book that a two-year-old will enjoy reading. 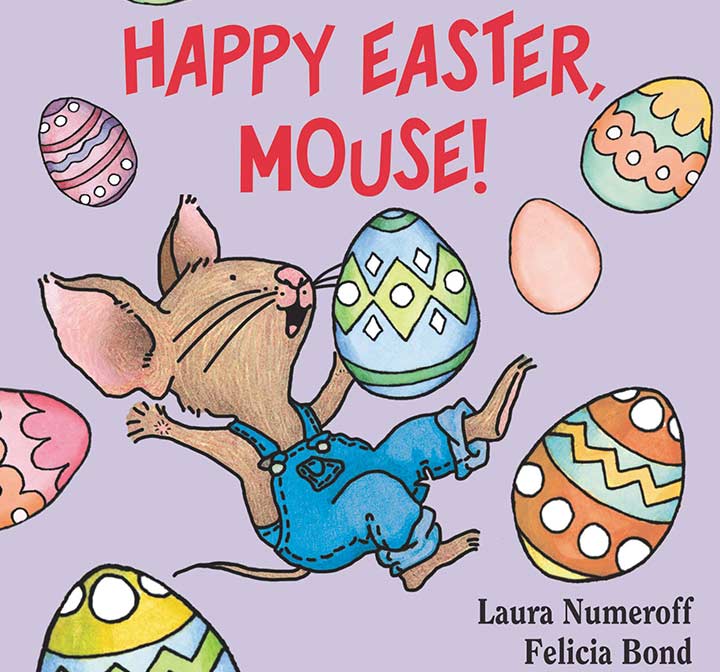 It is Easter morning, and a mouse goes on an Easter egg hunt in his house. He discovers a yellow egg, a red egg, and then a blue egg. But who is hiding all these eggs for the mouse to discover? This is a playful tale written in simple language, with several vivid drawings. The story is about finding a dog called Spot, who is hidden somewhere in the book. It is an interactive, lift-the-flap book wherein each page has a flap, which the reader has to turn to reveal the character beneath. ‘Where’s Spot?’ was released in 1980, but is considered to be one of the best interactive books for two-year-olds even today. 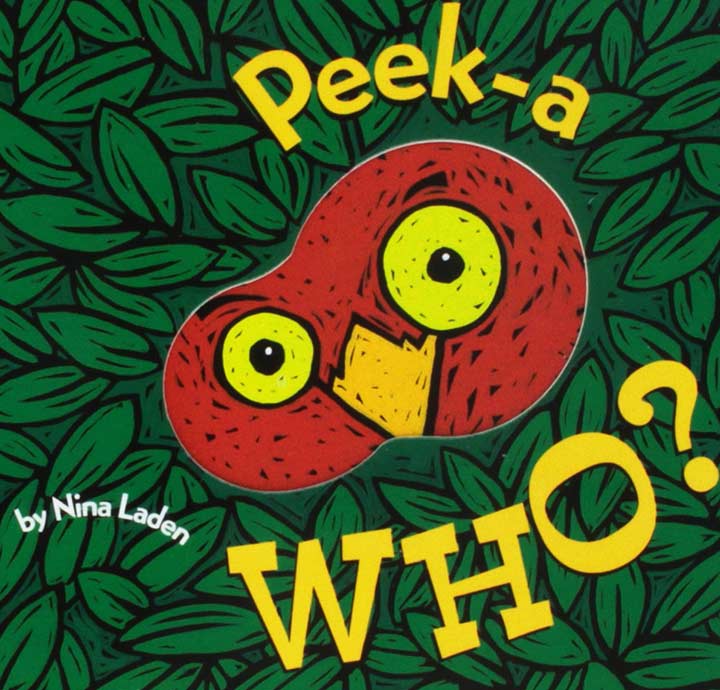 It is a board book where die-cut pages hide an illustration on the next page. There is text on each page, which provides clues to the hidden image. A colorful, interactive book for two-year-olds who love the game of ‘peek-a-boo.’ 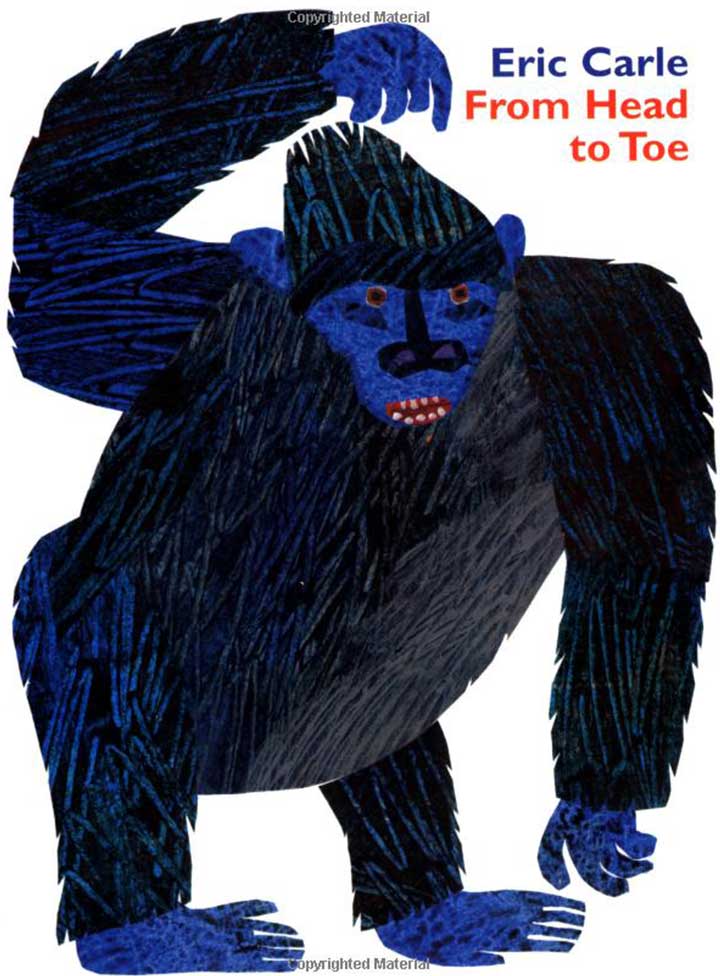 The book is educational and lets the toddler discover the different things they can do, just like some of the animals in the world. The author talks about a penguin that can turn its head and a giraffe can bend its neck. Then the toddler is asked if they can do the same too? There is an illustration of a child turning their heads and bending their necks while exclaiming “I can do it.” The book is interactive and educates toddlers through a simple narrative. 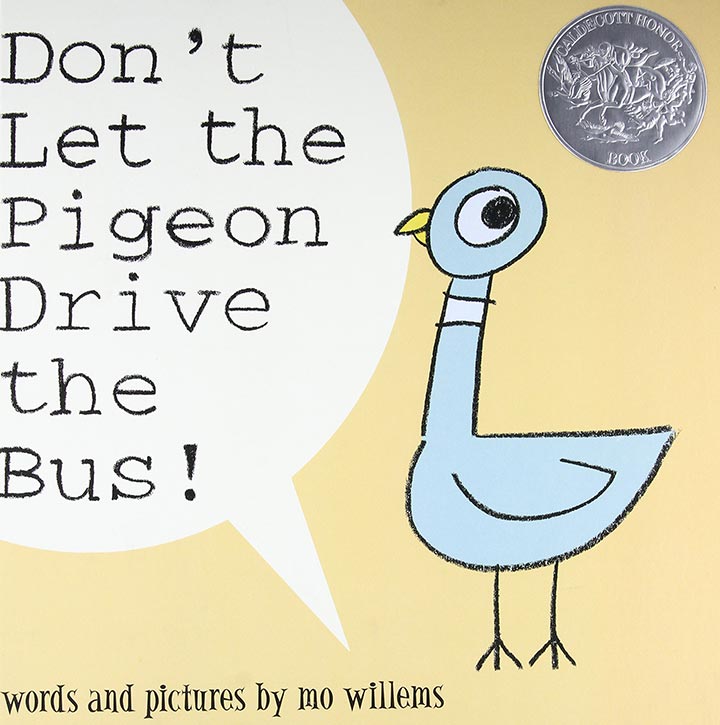 The book begins with a bus driver telling the readers that he is leaving the bus for some time. However, he instructs not to allow the pigeon drive the bus. But then the pigeons pleads the reader if he can drive the bus and so goes the story. This is a book where the two-year-old can answer and interact with the parent at each turn of the page.

A dog has a black spot on his ear. But as he sits next to the dining table, a bit of red jam falls on him, giving him a red spot. Later, the dog gets a blue spot from blue paint, and another colored spot from something else, until he becomes colorful. Dog’s Colorful Day is a charming and funny tale that a two-year-old will enjoy for sure.

14. The Little Engine That Could 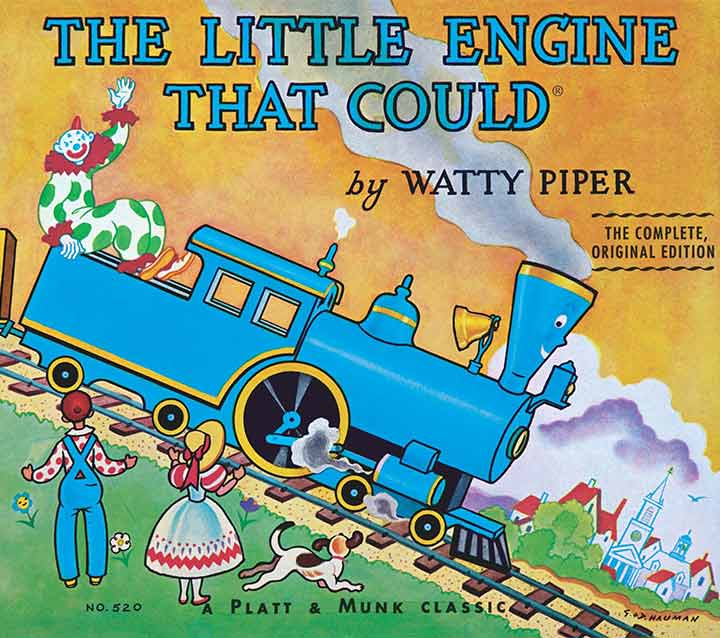 A train carrying toys and presents for children breaks down on its way. The stranded toys ask for help from the other trains passing them by. At last, a little blue train agrees to help. Though the little train is tiny, it tries its best to transport the toys across the hill. The Little Engine That Could was published in the year 1930, but still makes a lovely book to read to a two-year-old toddler.

15. The Little Mouse, The Red Ripe Strawberry, and The Big Hungry Bear 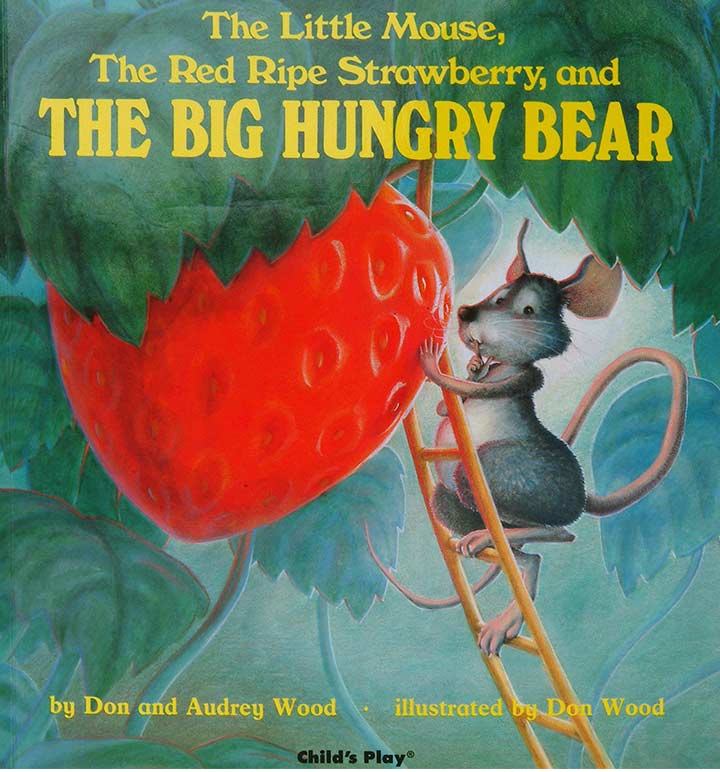 The little mouse loves ripe strawberries, but he is not the only one after the fruit. A large, hungry bear is also after the strawberries. The tiny mouse has to use all its wits to make sure that the bear does not lay its paws on the fruit. The book is filled with adorable sketches of the two animals. 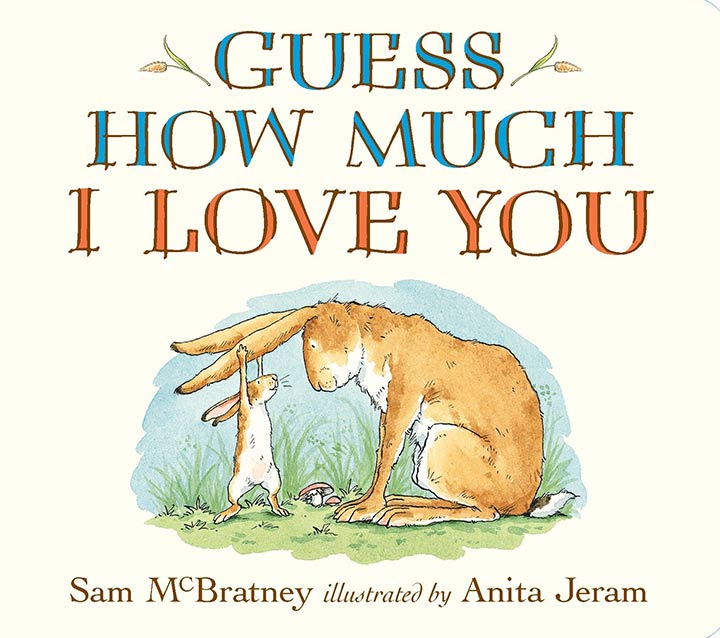 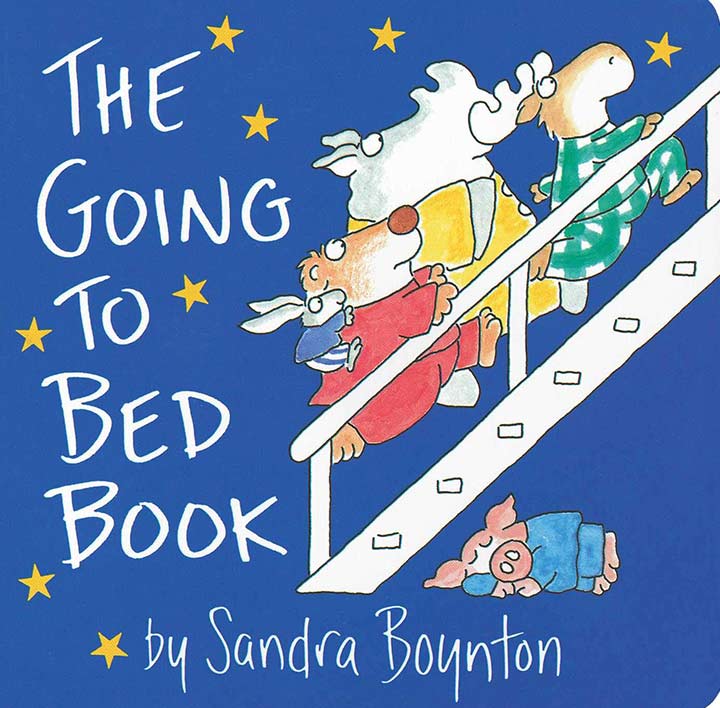 The book is about the animals on a ship that brush their teeth, wear their pajamas, and settle in for a night without complaining. The book is an adorable lesson for toddlers, teaching them about the nighttime routine using rhythmic phrases and adorable illustrations.

There are plenty of other board books and picture books you can buy to teach the toddler basics like the alphabet and numbers. If the toddler enjoys books, then pick multiple books so that there is always something new for the little one to read. Book reading with a two-year-old involves the active participation of the parent. So do not forget to make it a fun and happy activity that the toddler wants to get back to often.

Which book does your toddler love? Do tell us in the comment section below.